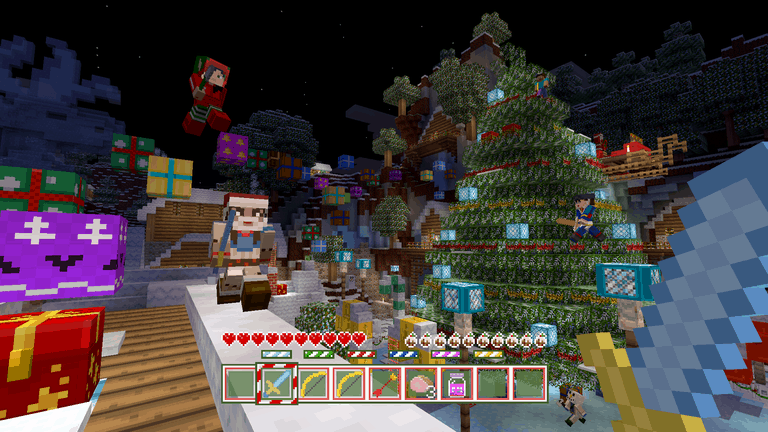 If you console gamers were feeling a little left out for the season, Mojang has your back. Minecraft 1.10 has rolled out for consoles with many of the same features that Windows 10 and Pocket Edition got just a few days ago, including the holiday cheer.

According to the release post, Mojang has completely revamped The End where once it was a barren battlefield of floating islands. Now it is filled with the End Cities, End Ships, and obviously the coveted Elytra glider.

Furthermore, the Fallout Mash-Up Pack announced last week is finally here for $5.99 with skins, textures, and a new world to explore based on the fan favorite Bethesda series. It's quite the contrast against the Merry Bundle that packs together the Festive Mash-Up Pack, Festive Skin Pack, and the Festive Battle map for $6.99. Or you can purchase them separately via the in-game store.

This is all available as of today across all Xbox One, PlayStation 4, Xbox 360, PlayStation 3, and PlayStation Vita console editions. Have fun unwrapping!