Wasteland 3, the latest role-playing game from inXile Entertainment will get its first solo expansion on June 3. Titled The Battle of Steeltown, the new story-driven content will integrate into the game’s story and add new locations, quests, and gear.

The Battle of Steeltown is set in the towering factory complex of the same name, which manufactures the trucks, armor, weapons, and robots seen in the post-apocalyptic world of Wasteland 3. As the manufacturing complex is hit by bandit raids, players will have to investigate what’s happening and face new robotic enemies alone or in co-op.

Existing Wasteland 3 players can also expect changes to the game's turn-based combat system, with new mechanics including telegraphed attacks, stacking status effects, elemental shields, and non-lethal weapons. The developer also announced that the expansion will be released after the release of the patch 1.4.0 which will introduce “exciting new features."

Wasteland 3 is the first episode in the series to be released since inXile Entertainment joined Xbox Game Studios, and it’s great to see the game getting new content following its August 2020 release. The Battle of Steeltown will be priced at $13.99 on all platforms, but Xbox Game Pass members will get a 10% discount on the Microsoft Store. 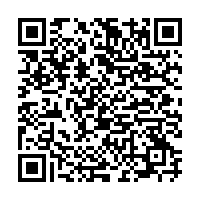 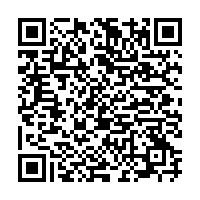 Minecraft developer Mojang Studios has changed its plans regarding the much-anticipated Caves and Cliffs update announced at the Minecraft Live event in October. The big update has now been split into two parts, with the first one still coming this ... Read more

Cyberpunk 2077 is getting another update on all platform today following the release of the massive 1.2 patch two weeks ago. The new hotfix 1.21 brings close to 30+ bug fixes on PC, consoles and Google Stadia, as well as ... Read more

It’s been a bit of a wait for players but the free-to-play Warframe video game has finally received its Xbox Series X and Xbox Series S enhancements today as part of the new Call of the Tempestarii update which is ... Read more

Starting tomorrow on April 15th, a variety of items inspired by the hit Horizon Zero Dawn video game will be available to purchase within Fortnite’s in-game store. Fortnite players will be able to buy an Aloy skin based on the ... Read more

Amazon's Alexa Xbox skill just got a bit smarter. As reported by The Verge, it is now possible to ask and use the virtual assistant to download Xbox Game Pass games to a home Xbox console. As you'd expect, this ... Read more

Hot on the tails of all of the Age of Empires news that was announced this morning, a plethora of official merchandise based on the popular video game franchise was added to Microsoft’s Xbox Gear Shop online storefront. Among the ... Read more

Hideo Kojima, the Japanese video game industry veteran behind the cult-classic Metal Gear series, is reportedly discussing a publishing deal with Microsoft for his next game. Back in February, Xbox head Phil Spencer teased Xbox fans by displaying the company ... Read more

Playtesting for the upcoming Forza Motorsport video game has begun with plans to involve more gamers in the very near future. The announcement was made during the latest episode of Forza Monthly, an official news series that covers all of ... Read more

It’s official, E3 is coming back this year as "reimagined, all-virtual” event that will take place June 12 through June 15. The organizer has announced “early commitments” from various video games companies including Xbox, Nintendo, Ubisoft, Take-Two Interactive, Capcom, and ... Read more

The Open Beta for the upcoming Resident Evil Re:Verse video game goes live tomorrow on Xbox One and Xbox Series X and gamers can now pre-download the title ahead of time so that they can dive right in ASAP. Resident ... Read more

LEGO Star Wars: The Skywalker Saga was originally set to launch on Windows and Microsoft’s Xbox One and Xbox Series X consoles in spring 2021 but it’s now been delayed to give the developers more time to create the cross-generational ... Read more

In recent months, many Xbox fans have been asking the company to sell the same Xbox Series X fridges it sent to various influencers to promote the console. Well, this is finally going to happen after Twitter used chose the ... Read more

Just a day after Square Enix’s Outriders launched on day one on Xbox Game Pass, the Xbox team is following up today with some huge news for baseball fans. MLB The Show 21, the upcoming baseball video game published by ... Read more

The latest Fortnite Crew Pack is now live for all Fortnite players with an active subscription to the premium digital membership. It should automatically unlock after loading the game on Xbox, Windows, and all other supported platforms. The April Fortnite ... Read more