The End is nigh for Minecraft Pocket Edition and Windows 10 players. The Beta tags are finally off and adventurers are ready to explore End Cities, tackle the famed Ender Dragon, and find all the End loot.

Today's release for Minecraft has been building up for quite some time after the Ender 1.0 Update was announced last month. The release brings PE and Windows 10 versions of the sandbox Mojang title to nearly complete feature parity with its Java release for Windows.

Of course, it doesn't' just stop at The End. Here's the rest of the content added into Minecraft 1.0 for PE and Windows 10:

Of course, the team over at Mojang are feeling festive about this major gift to players that they've even added in a new Festive Mash-Up pack for $3.99 USD. It has 21 jolly skins, a texture pack for most blocks, and a festive world reflecting the holiday season.

That's right, now you can slay Ender dragons in a Santa Claus outfit. What better way to get into the holiday spirit? The Festive Mash-Up Pack can be bought via the in-game store while the 1.0 update will roll out for free automatically across all devices today. 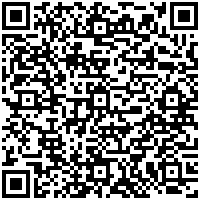 Bill Gates was a Secret Santa to another redditor, gives them an Xbox One S, and more