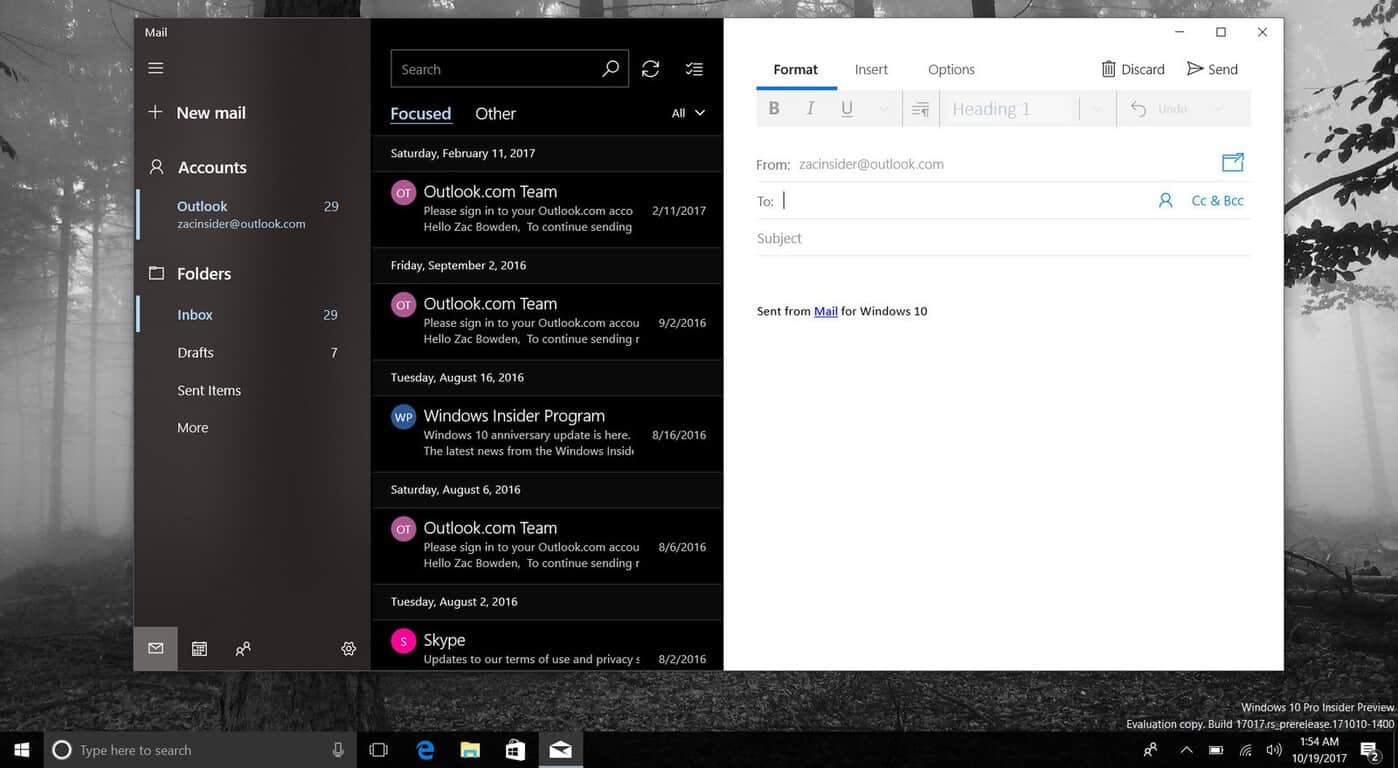 In yet another move by Microsoft to push its service-driven business on to customers of Windows 10, Microsoft is beginning to show ads in the default Windows 10 Mail app, promoting its Office 365 service.

Displayed in the side menu, a new button appears that reads "Get Office 365". This ad is not shown when the menu is collapsed. Not all users of Windows 10 Mail are seeing the ad, but it looks to be rolling out, as more people continue to report seeing it.

Some may see this as yet more intrusion by Microsoft on an operating system where people believe ads should not be present, as Windows itself is a paid product. It follows similar moves being made across the company, such as the Groove app showing a "Get Spotify premium" button, as well as Outlook and OneDrive offering similar advertisements.

Users took to reddit to display their frustration at the change:

As it stands, there doesn't appear to be a way to hide the "Get Office 365" button, so those using the Mail app will just have to put up with it.