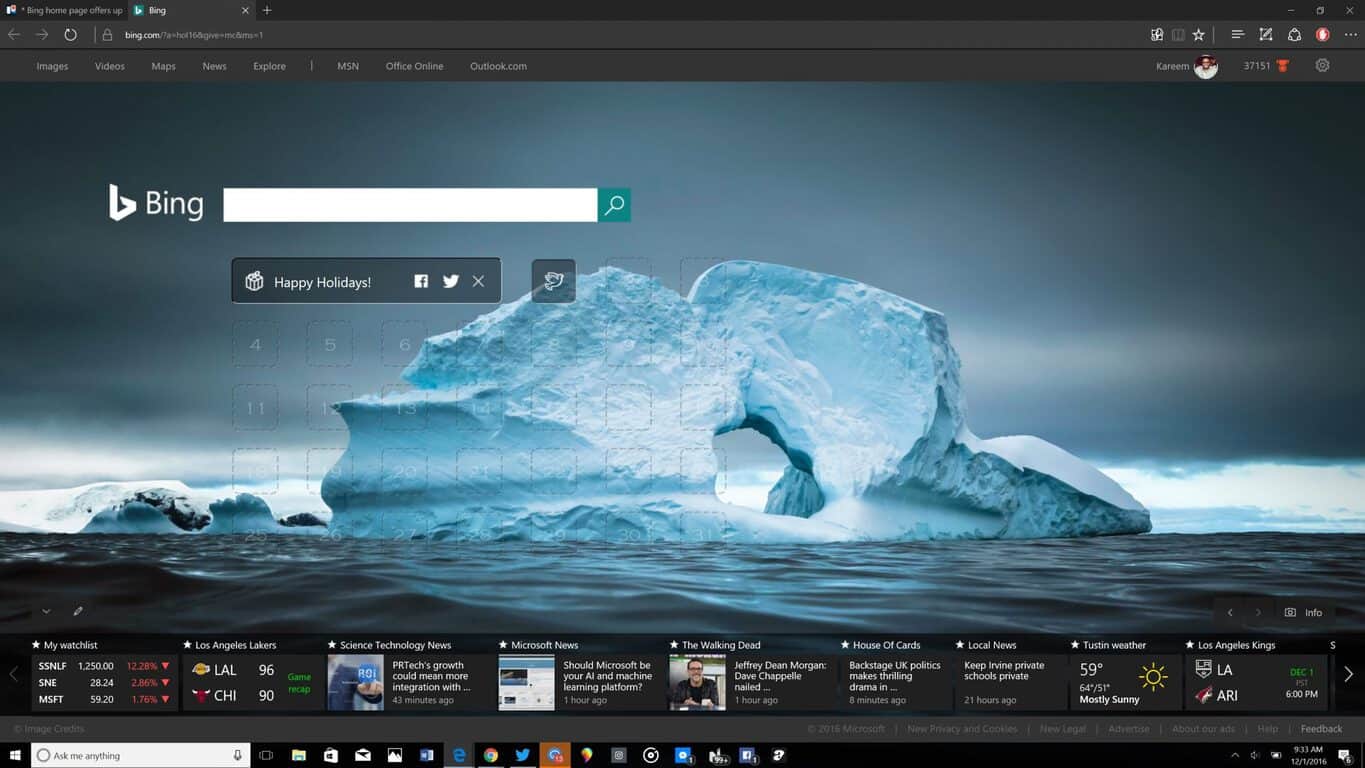 It looks as though the Bing team is adding further functionality and a bit of holiday spirit to its search engine's homepage. As of today, the Bing homepage is offering a new advent calendar that allows users to follow specific events and celebrations that are going through the month of December.

Bing's new homepage features are similar to the more traditional advent calendar given to children in December, except without the story of Jesus or Santa Claus' ramping Christmas delivery schedule and chocolate peieces. Instead, Bing users are introduced to information about MercyCorps, a charity organization designed to help humanitarian efforts for people in crisis.

The Bing team pledges to introduce six more organizations similar to MecryCorps over the next thirty days using its new homepage advent calendar.

For the next thirty days, it appears Bing users will be greeted with the new advent calendar possibly information they would not have otherwise known about during this upcoming holiday season.

Let us know what you think of this new addition to Bing in the comments below.

Just in time for the holidays, Games with Gold offers up four free games