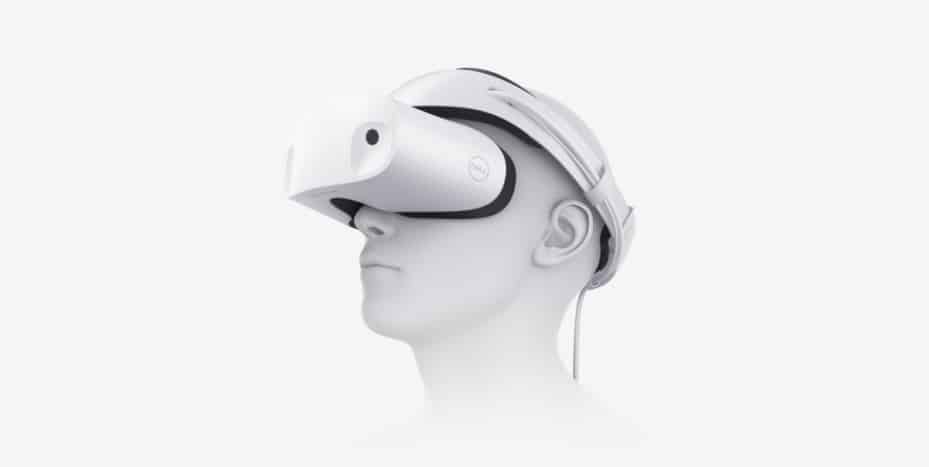 At IFA 2017, Microsoft's partners showed off Windows Mixed Reality headsets which will be heading to store shelves this holiday season. Today it has been revealed that the Dell Visor, one of the many headsets unveiled at IFA 2017, is now available for pre-order (via Venture Beat.)

The futuristic looking Mixed Reality headset can be pre-ordered directly from Dell for the price of $359.99, and there is also a pre-order option which comes with the motion controller bundled in for $459.99. Although Microsoft has said that the headset will also be available in the Microsoft Store and BestBuy, if you pre-order now from Dell, your headset will ship on October 17th.

Dell's Visor headset is designed to take advantage of the same technology used in the Microsoft HoloLens, including inside-out tracking cameras, with a 360-degree panoramic view. It comes with a white finish, a flip-up visor, well-cushioned head and face padding, thumbwheel band adjustment for personalized comfort, and smart weight balancing that takes pressure off the nose and cheeks.

The headset was called "future proof" by Dell since it can scan surroundings with a camera instead of using sensors throughout the room. So, if you're tempted to buy, be sure to pre-order now, and guarantee your chance to have the headset in your own hands come late October! Microsoft has released a Mixed Reality PC check app to make sure your PC is ready for the new headsets, or if it's time to upgrade.

Path of Exile gest a massive update on Xbox One