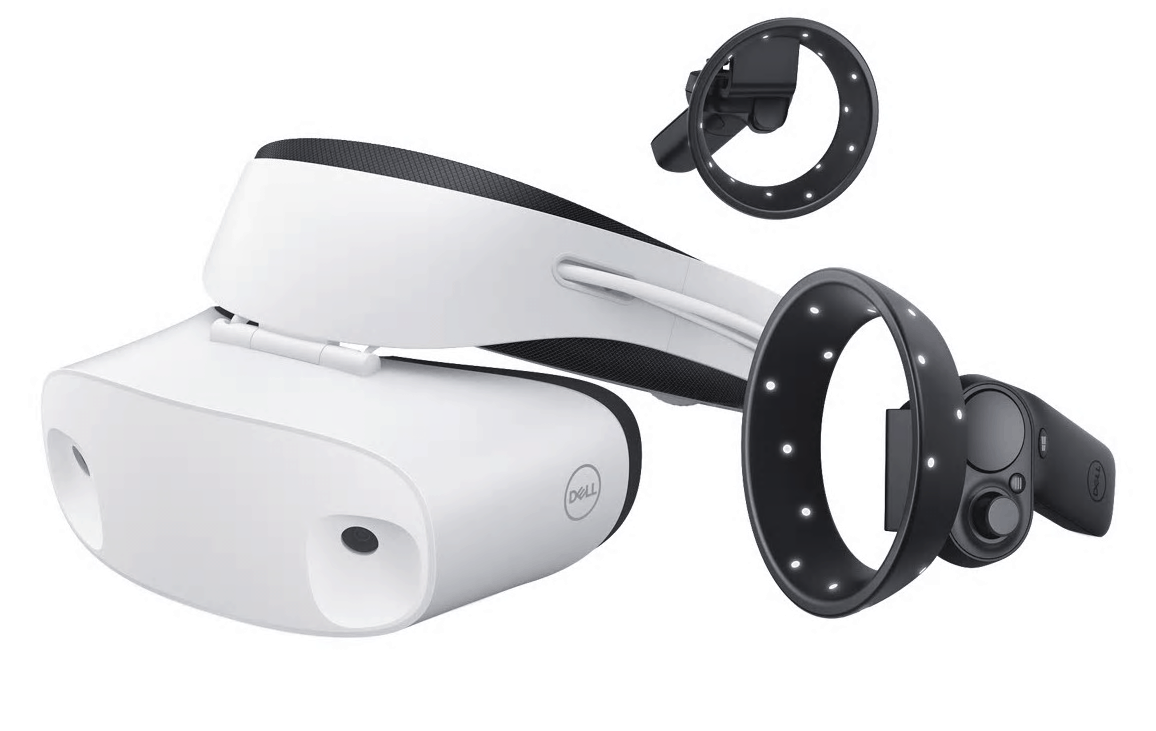 Dell today took the wraps off the Dell Visor, an upcoming affordable Windows Mixed Reality headset. The headset, which is Dell’s first, will become available later this year around October for prices starting at $359.99, with a bundle option at $459.99.

Although there is no specific release date for the Dell Visor, Dell is saying that the Visor will be available at Microsoft and select Best Buy stores in the coming months. The headset is designed to take advantage of the same technology used in the Microsoft HoloLens, including inside-out tracking cameras, with a 360-degree panoramic view.

As seen in the featured image above, the Dell Visor features a white finish, which Dell says is “easy to clean and is durable.” Unlike most of the other Windows Mixed Reality headset, it is also designed with a flip-up visor, allowing for convenient transitions to and out of the mixed reality world.

Other features include a well-cushioned head and face padding, thumbwheel band adjustment for personalized comfort, and smart weight balancing that takes pressure off the nose and cheeks.

Dell is saying that the headset is future proof since it is able to scan surroundings with a camera instead of depending on sensors positioned inside the room. The company has plans to release a $99.99 Dell Visor Controller, which will offer the user complete flexibility with 6 degrees of freedom of movement in a three-dimensional space. Controllers feature haptic feedback, thumb stick and buttons fully tracked by sensors in the headset.

The Dell Visor headset is part of Microsoft’s plans to “democratize virtual reality.” More details will be shared on Friday during Microsoft keynote at IFA, so it’s best to keep tuned for more information.