Hearing the term 'Bingo!' may bring about visions of elderly folk scratching numbers off a card in a hall. However, in late 2013 Microsoft took on the task of bringing the game into the twenty-first century. A few months after the release of Microsoft Bingo for PC, it became available on phones as a universal app. Microsoft Bingo, not to be confused with Microsoft's Bing, has just recently been updated to work with the Windows 10 design language
If the reviews on the Store are anything to go by, people are enjoying this game as it has earned an average rating of four stars. The game allows gamers to 'travel the world' earning souvenirs as they fill in their card. Along the way, they can pick up luggage prizes and special rewards for matching Power Card picks.
The game is free to play with in-app purchases and can be downloaded using the link below. 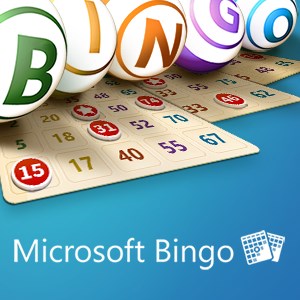