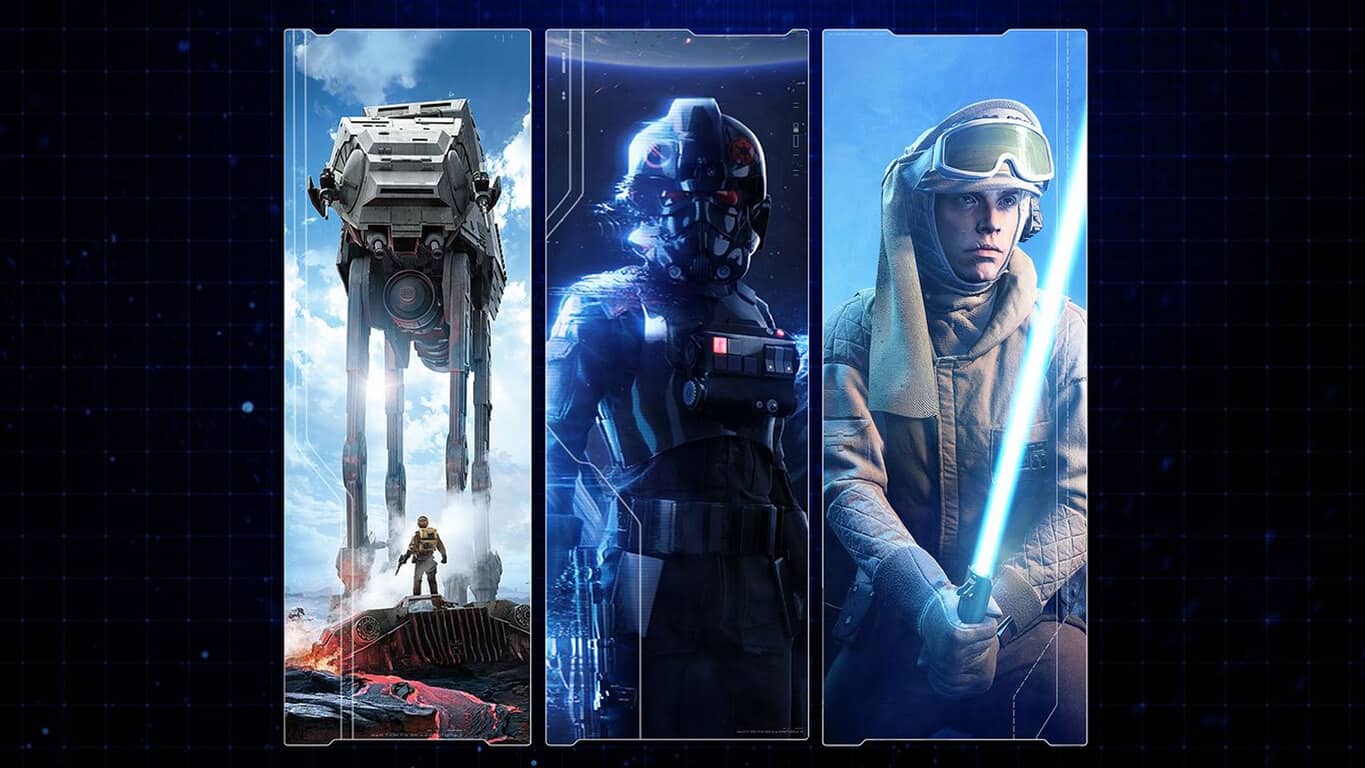 Without any teasing or promoting, the Star Wars Battlefront Hoth Bundle just went live on Microsoft's family of Xbox One consoles.

While the first Battlefront game is no longer receiving content, it still has quite a few players participating in its online matches. Star Wars Battlefront II on the other hand has been ramping it up with new content recently with the addition of Count Dooku, General Grievous, Obi-Wan Kenobi, and Anakin Skywalker in addition to a huge number of appearances for different Heroes and Troopers.

Later this month will also see the arrival of a massive new multiplayer mode which is being teased as one of the biggest modes ever created by Dice, the game's developers. There's also been several teases of new content coming throughout 2019 in the lead-up to Episode IX, more Clone Wars episodes, and The Mandalorian.

Those who have been on the fence about Battlefront II may want to finally dive in. It's a pretty good time to be playing.

Are you a Star Wars fan and does this Hoth bundle interest you? Share your thoughts with the community in the comments below and then follow us on Pinterest for more Xbox gaming content.

Microsoft and Volkswagen's Automotive Cloud to expand to USA, China, and Europe