Count Dooku is now live in Star Wars Battlefront II on Xbox One, Anakin Skywalker teased - OnMSFT.com Skip to content
We're hedging our bets! You can now follow OnMSFT.com on Mastadon or Tumblr! 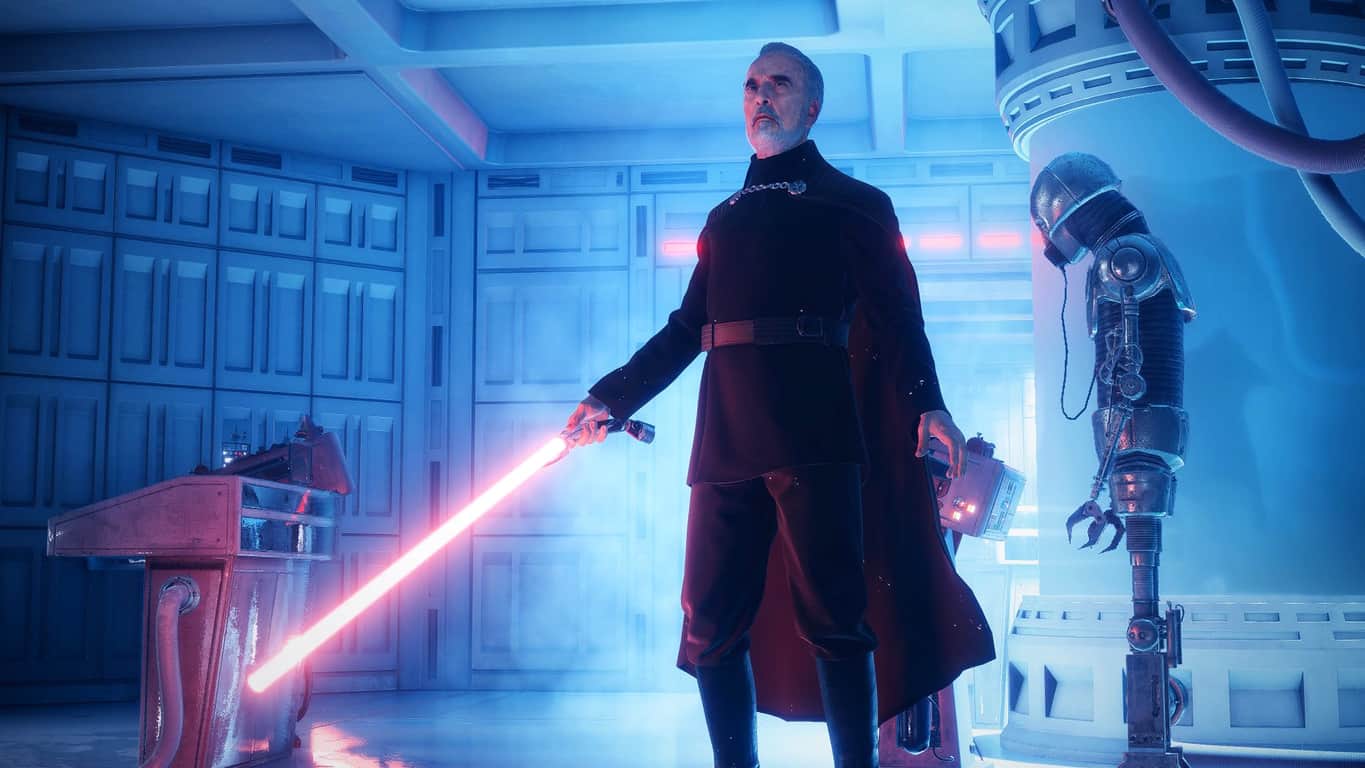 The Star Wars Prequel villain, Count Dooku, is now live and playable in Star Wars Battlefront II on Xbox One, PC, and PlayStation 4.

The Count Dooku character, or Darth Tyranus as he's also known, is completely free for all owners of the video game though must be unlocked with Credits, the in-game currency that can be earned by playing. He only costs 35,000 Credits, though, which can easily be earned within a week of casual gameplay.

Count Dooku's default appearance is his Sith Lord skin, as seen in the above image (screenshot credit goes to Cinematic Captures). His secondary skin, Dark Ritual, has been delayed and is expected to arrive via a hotfix sometime over the coming days.

A special video showcasing Count Dooku has been released by EA. In it, viewers can see all of Dooku's special moves and attacks in addition to being given a small audio preview of Anakin Skywalker, the next character coming to the game, towards the end. You can watch the video right here.

In addition to Count Dooku, the latest Star Wars Battlefront II update also added the planet Geonosis to the Heroes Versus Villains, Blast, and Custom Arcade game modes. The Coruscant Guard appearances, which were expected to arrive with this week's update, have been pushed back to February to coincide with a small revamp of the skin system.

The next free update, which is planned for late-February, will add Anakin Skywalker, a variety of new character appearances, and a whole new mode which is said to be the bigger than any existing experience within Star Wars Battlefront II.

Very little has been announced concerning post-February plans for the game, however datamining has revealed references to Padme and Ahsoka which could mean that these two characters may be coming to the game sometime in 2019.

Are you playing Star Wars Battlefront II on your Xbox One console? Let us know what you think of Count Dooku in the comments below and then follow us on Pinterest for more Xbox gaming content.

Bing is down in China, did it get blocked by the Great Firewall?