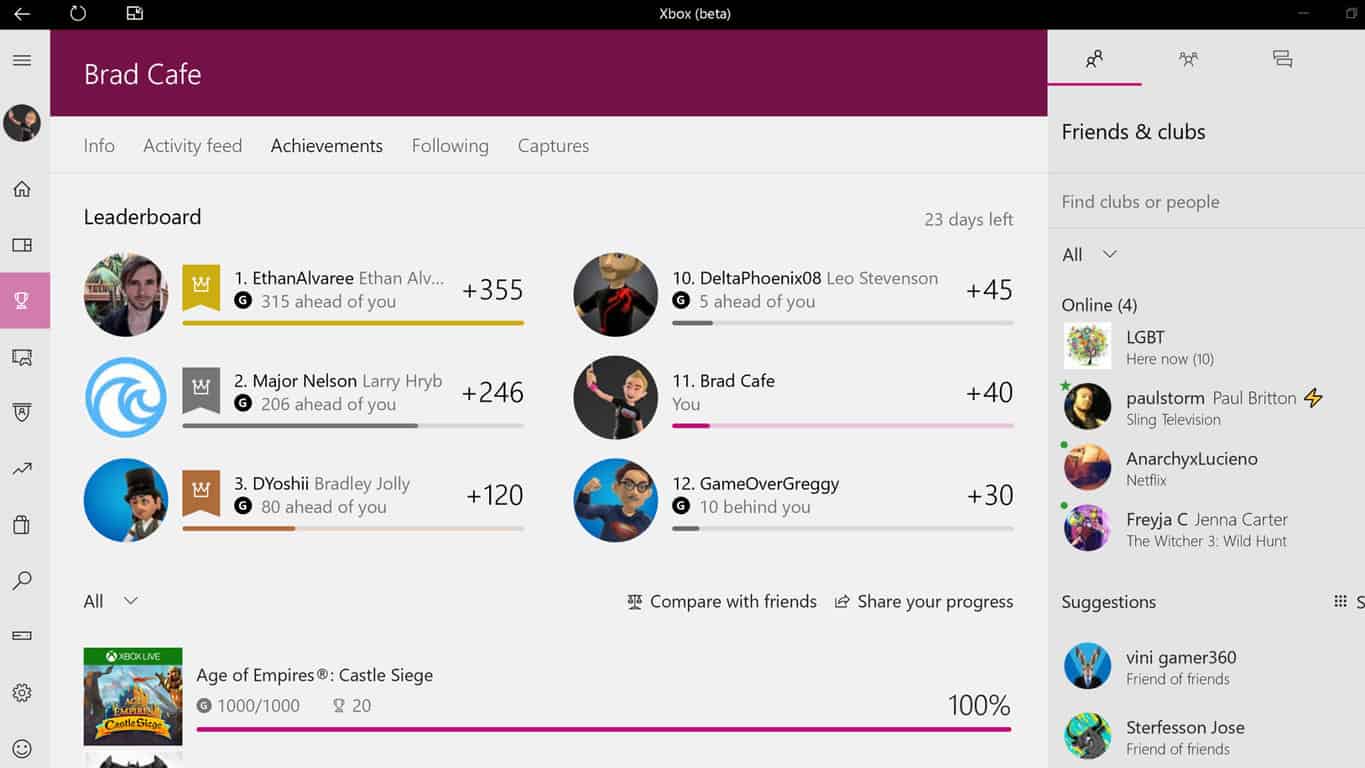 Microsoft has just updated their Xbox Beta app and has added a new Light Theme option in the settings (see above) and has also removed the current 3D model Xbox Avatars from every aspect of the app. The removal of the Avatars is likely part of the transition to the new Xbox Avatars that were announced at E3 earlier this year. Currently within the Xbox Beta app, any users who had an animated Avatar on their profile have had it replaced with their default Gamerpic.

The Xbox Beta app is a special version of the regular Xbox app where Microsoft tests special features and design elements before rolling them out to the general public a few weeks or months later. Anyone can download this Xbox Beta app in the Windows Store.

Do you like the new Light Theme and are you excited for the new Xbox Avatars? Let us know in the comments below.

Xbox One finally gets a new surfing video game