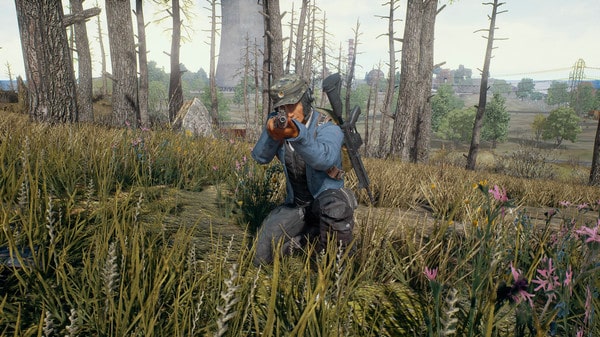 PlayerUnknown’s Battleground has been doing incredibly well since its release on Steam Early Access earlier this year, and the game will be a console launch exclusive on Xbox One in Q4 2017. It’s safe to say that PUBG really took over the video game industry by storm this year, and this may well led to a renaissance of the battle royale video game genre.

Earlier this week, Epic Games announced that Fortnite: Battle Royale, a 100-player PvP mode in Fortnite would be released on PC, PlayStation 4, Xbox One and Mac on September 26. This will be a free standalone game (PUBG is currently $29.99 on Steam), so it’s hard not to see this as Epic Games cutting the ground from under PUBG’s feet.

As you can expect, PUBG developer Bluehole is not happy about the upcoming release of Fortnite: Battle Royale, to say the least (via Polygon). “We’ve had an ongoing relationship with Epic Games throughout PUBG’s development as they are the creators of UE4, the engine we licensed for the game,” wrote Bluehole VP and executive producer Chang Han Kim in press release. “After listening to the growing feedback from our community and reviewing the gameplay for ourselves, we are concerned that Fortnite may be replicating the experience for which PUBG is known.”

“We have also noticed that Epic Games references PUBG in the promotion of Fortnite to their community and in communications with the press. This was never discussed with us and we don’t feel that it’s right. The PUBG community has and continues to provide evidence of the many similarities as we contemplate further action,” continued Chang Han Kim.

The PUBG developer obviously has some very good reasons to be pissed, though it’s not clear if Fortnite: Battle Royale will really be able to build a community of players as passionate as PUBG gamers. It’s also worth noting that there is quite a difference between the photorealistic style and graphic violence of PUBG and the more cartoonish look of Fortnite. But again, Epic Games’ battle royale game will be free-to-play and cross-platform, which means it will be able to reach a much bigger audience than PUBG.

We’ll have to wait to see if Bluehole is really considering legal action, or if this was just a threat to discourage other developers to explore the battle royale genre. Do you understand Bluehole’s position, or do you think the release of Fortnite: Battle Royale is just fair competition? Let us know below.