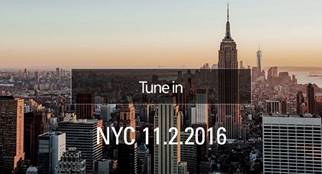 Fresh off the Windows 10 Event at Spring Studios in New York City, and the announcement of Surface Studio, Microsoft is once again holding another event in the Big Apple. This time, the event is being held at Milk Studios, and is themed towards Office and “the changing nature of collaboration and how [Microsoft] can empower every team to achieve more.” What follows is a look at what you can expect from the November 2nd Microsoft Office event.

Microsoft could use this event as an opportunity to reveal more information about Microsoft teams, which previously was known as Skype Teams. As we have covered in the past, Microsoft teams is aimed as a direct competitor to Slack, and could more than likely become a part of the Office 365 lineup of products. Like rumors have indicated, Microsoft teams should include Skype and Office 365 integration, the ability to embed and share files and images, send messages via direct messages or channels, and more.

3D, the Creators Update, and Office

As you all probably know, last week, Microsoft revealed that the next generation of Windows 10 will be named the “Creators Update.” In line with that, Microsoft also pushed 3D, and creativity, so it makes sense for this event to follow up with more information on how 3D and creativity can carry over into Microsoft Office.

The company previously pushed out a video explaining some new inking and creativity features which will be heading to Office, so we could see the same features demonstrated in depth on stage during the morning keynote.  In case you missed our initial coverage of this from the Windows 10 event, the features we could hear more about include:

As hinted in a post on the Office Blog by Kirk Koenigsbauer,  we also can hear more about additional Office integrations with Surface Dial, 3D model support in Word, Excel, and PowerPoint for the Windows 10 Creators Update, and Icon library and Scalable Vector Graphics (SVG)* in Office apps.

In our press invite to the event, Microsoft promised us that Satya Nadella, Office CVP Kirk Koenigsbauer and “special guests” will Keynote at the event. This being so, we could be treated to some more updated information and statistics in regards to Office 365 momentum, and adoption rates. Last we reported on October 20th, the Office 365 install base increased to 85 million active commercial, and 24 million consumer users. And, in September, we also reported that Office 365 was in use by over 70 million commercial subscriptions.

WinBeta will once again be live at the Office Event, so be sure to follow us on social media and visit us tomorrow between 11AM ET and 1 PM ET when the event is underway.