Skype Teams could get a new name, to be officially announced soon (updated) - OnMSFT.com Skip to content
We're hedging our bets! You can now follow OnMSFT.com on Mastadon or Tumblr! 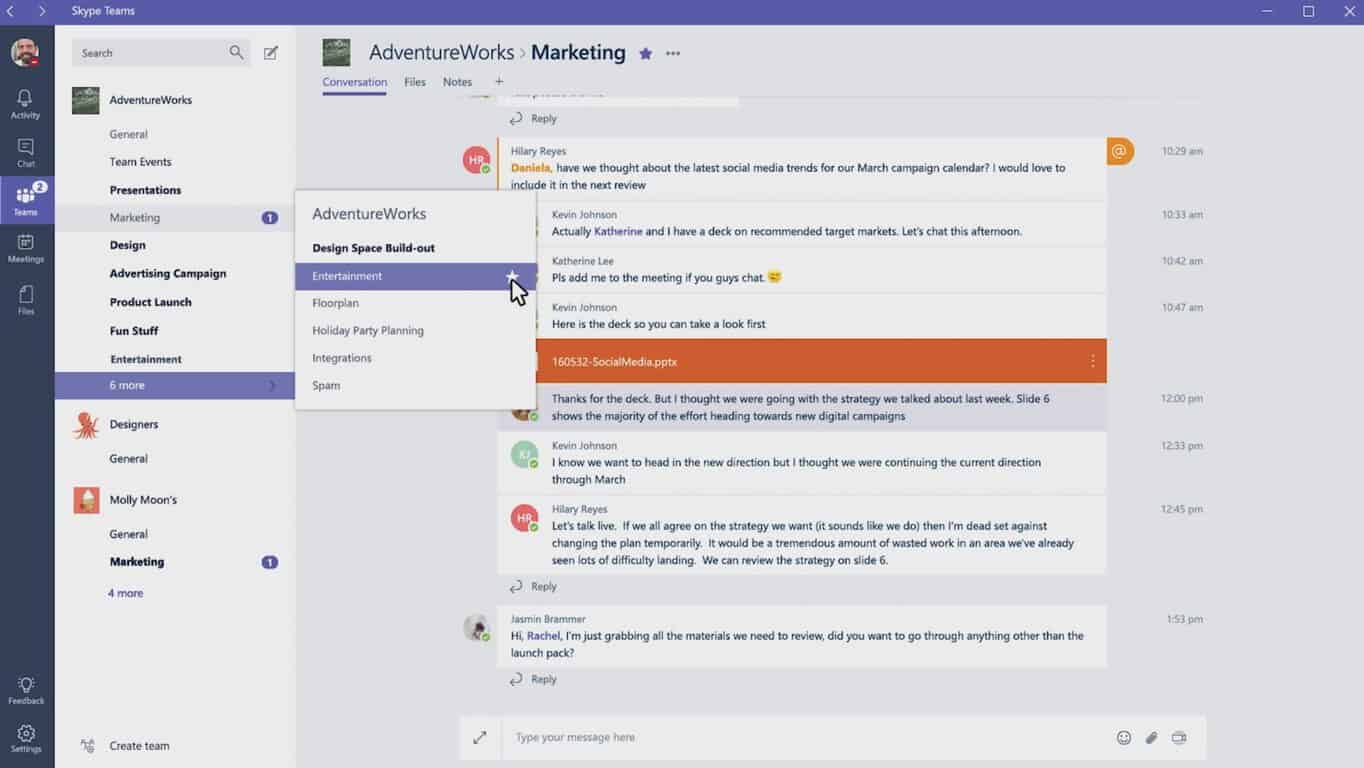 Skype Teams has been rumored for a very long time with numerous leaks. At this point, we basically know all about the Slack competitor and how it will work, look like and feel like. However, some new information has surfaced, leaked by Windows Central and the famous Microsoft leaker WalkingCat.

WalkingCat tweeted a link, featuring a seemingly mysterious service called "Microsoft Teams". After further investigation and some information from various sources, this seems to be the new name for the, yet to be announced, Skype Teams service.

The application cannot yet be downloaded. It will give you a permission error and no file will start downloading. We're hearing that even some internal Microsoft accounts aren't able to log in to the service, indicating a closely held beta.

Update: ---Our sources have told us that the app is not based on the new Universal Windows Platform, instead it is a regular Win32 program that looks like UWP, just like the recently covered Cache, meaning it may be backwards compatible with older editions of Windows like Windows 7 and 8.x. ---

All former leaks of  internal documents, concepts and screenshots featuring the service referenced it as "Skype Teams" up until now and even the old teams.skype.com link redirects to a "Microsoft Teams" login page which requires a School or Work account. The new URL for the service also seems to have changed to teams.microsoft.com, featuring a new branding.

Interestingly enough, when opening the link from a mobile device, the screen below shows up which suggests that the service may not support voice calling out-of-the-box for smartphone users.

when you goto this URL from an iPhone you get this… pic.twitter.com/EvMY6TS4jc

This information suggests that Microsoft might reveal the Slack and HipChat competitor under the new name even though Skype is Microsoft's flagship communication service and having a new member of the family, together with Skype and Skype for Business, might make more sense.

With the Microsoft event slated to begin in less than 48 hours, we might see the result of the numerous leaks very soon. As reported by Windows Central, if the service isn't announced this week, It might be the next week instead, on Microsft's Office event.

Let's just hope the service will include Skype Bots to rival Slacks add-ons, and a Windows 10 Mobile version.