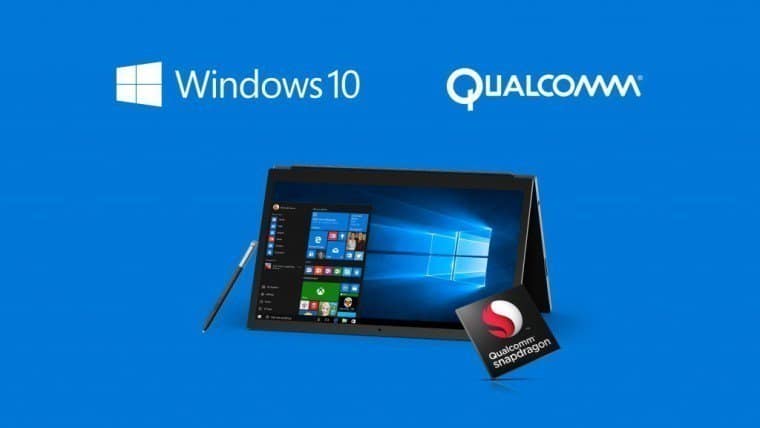 This Spring saw the launch of the first Windows 10 on ARM PC with HP’s Envy x2, and Asus and Lenovo are expected to follow soon with their own offerings. So far, the tech press had mixed feelings towards the HP Envy x2, with most of the reviews pointing out the disappointing performance of emulated x86 apps.

To be fair, the first generation of Windows 10 on ARM PCs are using a brand new OS and a somewhat old processor. Indeed, Qualcomm’s Snapdragon 835 processor was announced back in 2016 and is no longer top of the line. But fortunately, both ARM (which licences its SoC designs to chip makers) and Qualcomm are iterating quite fast, and future Windows 10 on ARM PCs could well offer much better perfomance than the first models released this year.

According to a new report from Roland Quandt from German blog WinFuture, Qualcomm is currently developing a new high-end SnapDragon 1000 processor to be used on future Always Connected PCs. Asus could be the first OEM to use this new chip on a future Windows 10 on ARM device, as it’s reportedly working on a new PC codenamed “Primus.” The report says that Qualcomm’s Snapdragon 1000 SoC will have a TDP of 6.5W, which is getting closer to the thermal design power of Intel’s Core mobile processors.

I believe what this means is basically that they are pushing into "real" laptop (ie ultrabook) territory, at least from what I found. Could also mean they're working on an answer to those ARM based Macbooks. https://t.co/tHvFBXwO4k

While Intel and AMD's x86 processors will likely keep a power advantage over ARM processors in the near future, Qualcomm and other chip manufacturers such as Apple are working hard to close that gap. Qualcomm's processors are already hugely popular on smartphones and tablets, and Windows 10 on ARM is now a good opportunity for the company to put its chips on laptops and 2-in-1s.

We're looking forward to seeing what the next gen Windows 10 on ARM PCs can bring to the Always Connected PCs table, but this new product category also includes PCs with Intel chips. As a matter of fact, an Intel version of the HP Envy x2 with an LTE modem is also available for purchase, at a $149 premium compared to the Snapdragon 835 version. One day, maybe consumers won't notice any difference between a Windows 10 PC using an x86 processor and another with a Qualcomm ARM processor, but we're clearly not there yet.

One year after launch, Microsoft says Xbox Game Pass has a positive impact on the video games industry