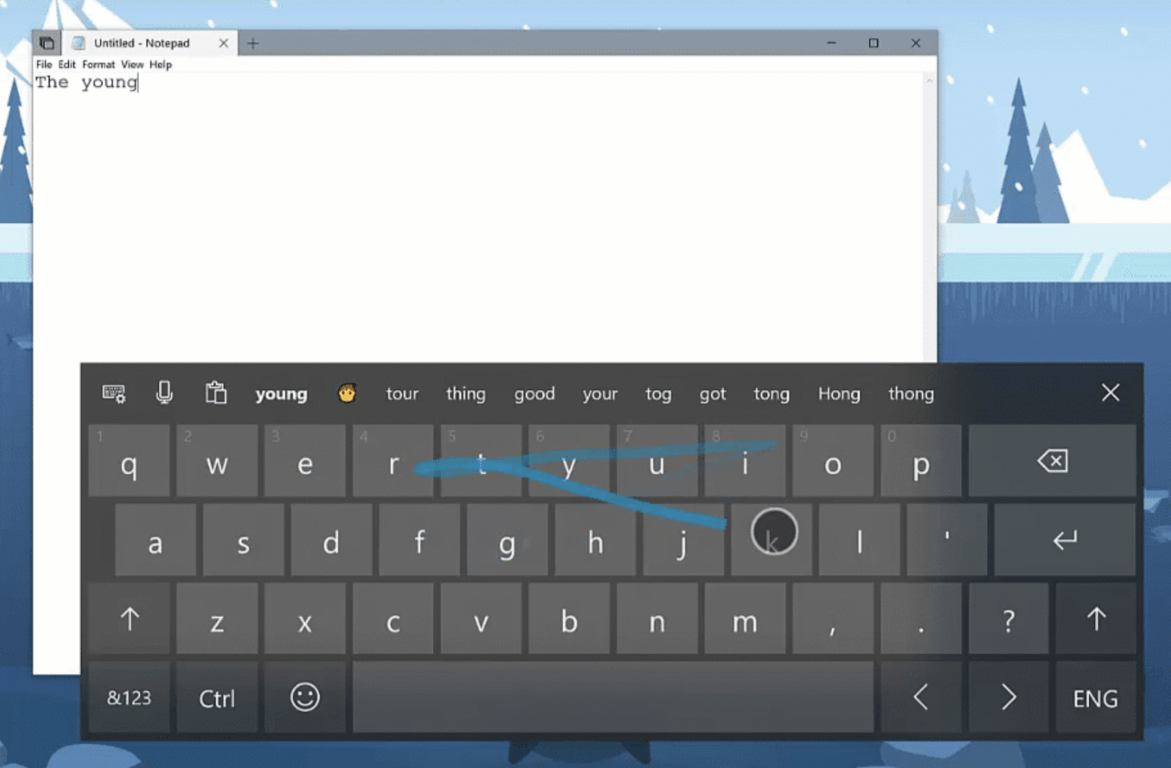 Microsoft has just released the Windows 10 Insider build 17692 for Fast and Skip Ahead Insiders, and it’s a pretty big release compared to the previous flight. One the most interesting additions is that Microsoft’s Swiftkey keyboard, which was previously an iOS and Android exclusive is now available on Windows 10 PCs with shape writing support.

“SwiftKey gives you more accurate autocorrections and predictions by learning your writing style – including the words, phrases and emoji that matter to you,” the blog post reads. Going forward, the intelligent keyboard will be the default when using the touch keyboard to write in English (US and UK), French (France), German (Germany), Italian (Italy), Spanish (Spain), Portuguese (Brazil), or Russian.

Microsoft acquired SwiftKey back in 2016, so it took two years for the company to bring the intelligent keyboard to Windows 10. Well, better late than never, and SwiftKey should be a nice improvement over the pre-existing Windows 10 touch keyboard. It's also safe to expect some synergies with iOS and Android, as Microsoft previously said that its upcoming Cloud Clipboard feature with leverage SwiftKey on these mobile platforms.

Insiders testing Windows 10 Preview 17692 can look forward to a steady explorer.exe experience among other fixes