No new PC or Mobile builds this week due to need to test fix for blocking issue, says Dona Sarkar - OnMSFT.com Skip to content
We're hedging our bets! You can now follow OnMSFT.com on Mastadon or Tumblr! 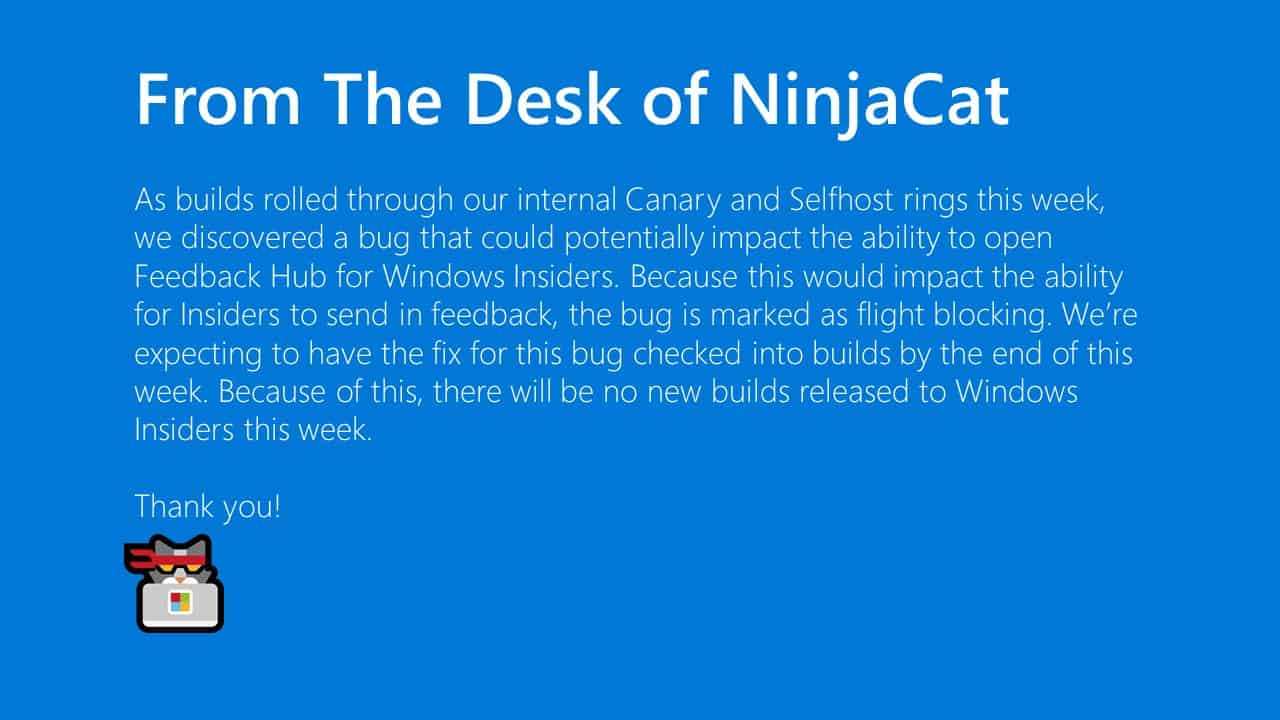 Fast Ring Windows Insiders were last treated to build 16281, and Skip Ahead Insiders build 16353 last week, but all hope for a new build this week has just run out. Indeed, Dona Sarkar has revealed that there will be no new builds today, Friday, or Monday due to the need to test a fix for a blocking issue.

#WindowsInsiders: there is no build today, Fri or Mon. We have a fix for our blocking issue, need to test, then deploy to Canary/Selfhost.

We can expect the Windows Insider team to work hard in the next few days to find a fix, so in the meantime, there won't be any new mobile or PC builds. Keep it tuned in to OnMSFT, as new builds will no doubt be released again sometime next week.

Get American Horror Story: Cult in the Windows Store today