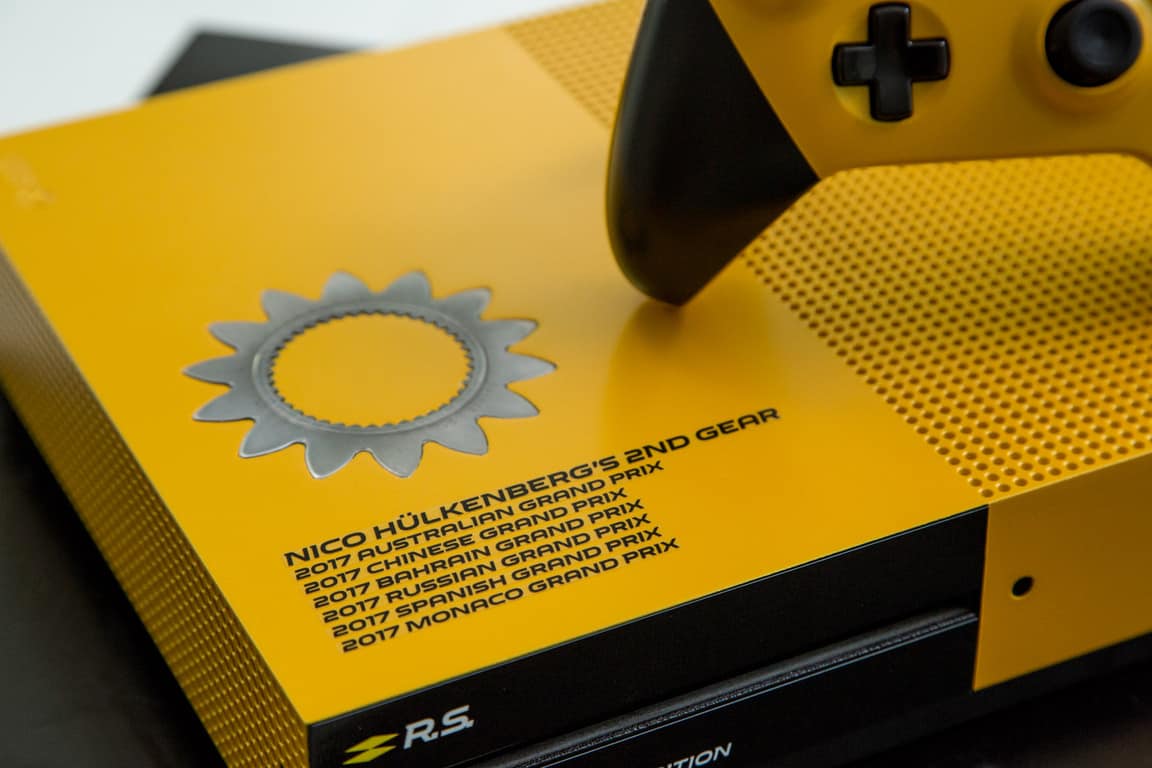 A few weeks ago, Microsoft unveiled a one of a kind custom Xbox One S for the American DJ duo, The Chainsmokers. Just as before Microsoft is now giving Xbox fans the chance to win another custom Xbox One S console--- this one designed with the Renault Sport Formula One team in mind.

This console features the same yellow and black design included on the Renault Sport Formula One car. It's also crafted with race grade materials, in anticipation of the Formula 1 United States Grand Prix at the Circuit of the Americas on October 20-22. Cyril Abiteboul, Managing Director of Renault Formula One Team. remarked on the console, and Microsoft's partnership with the team:

"With the recent launch of the Formula 1 Esport Series and the growing popularity of this new discipline in the Paddock, the opportunity to increase our footprint in gaming and partner with Xbox on a custom console was an exciting challenge for us, especially knowing it would be released before the highly-anticipated Formula 1 United States Grand Prix... We have included design technologies that push the boundaries of manufacturing and we are proud of the result we have achieved. We can’t wait to congratulate the winner of this console.”

One lucky fan can win the console by heading to the Xbox Twitter page between now and October 23rd. All it takes to win is to follow the official Xbox Twitter account and retweet the promotional post. If you're not lucky enough to win the console, you can still enjoy the Renault Sport Formula One car by playing Forza 7 or buying it via the link below. Microsoft Teams bumps the team membership limit from 999 to 2,500