New Mixer tab is now live on Xbox One dashboards - OnMSFT.com Skip to content
We're hedging our bets! You can now follow OnMSFT.com on Mastadon or Tumblr! 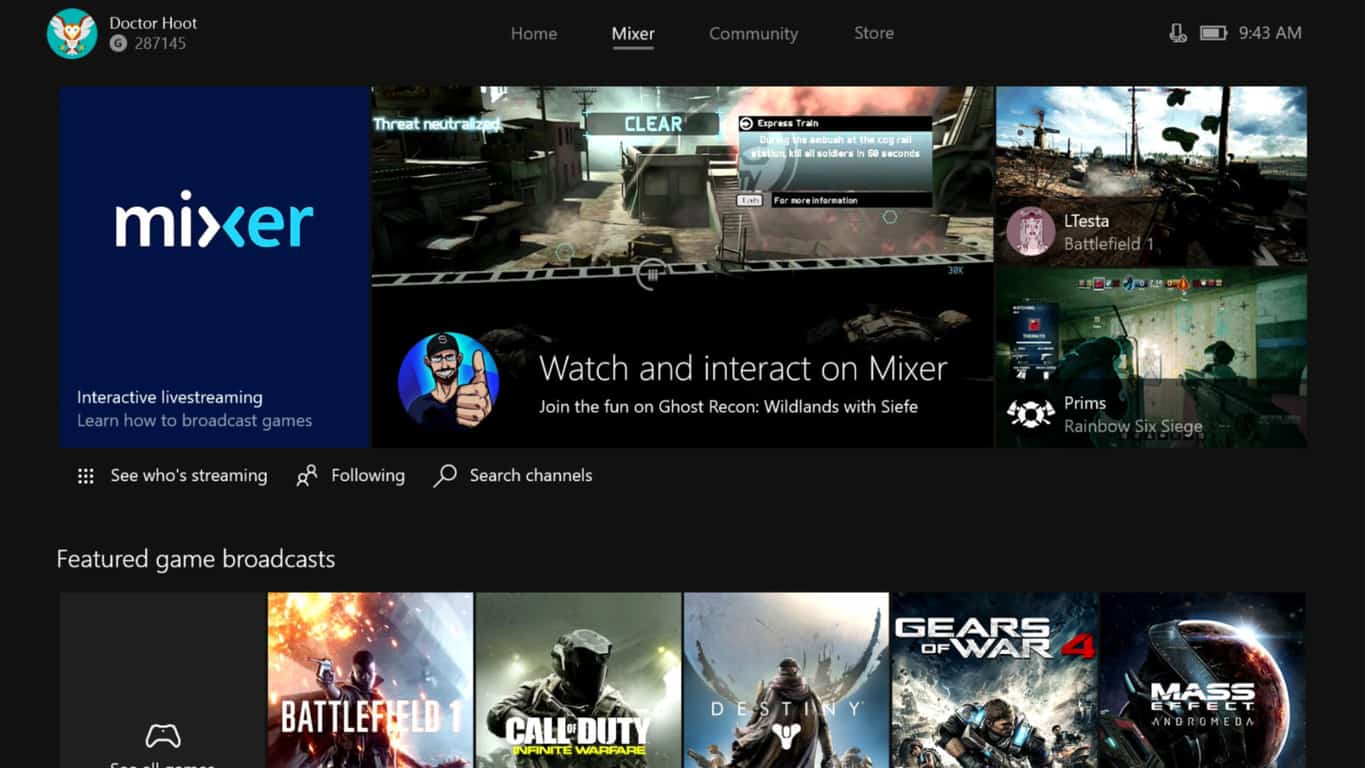 The new Mixer tab has now been pushed out to all Xbox One console dashboards and interestingly enough, it didn't appear to require a system update to appear.

This new addition to the Xbox One dashboard displays a variety of information from Microsoft's Mixer video game streaming service. Currently, the tab features a Welcome to Mixer introduction video, three prominently featured streams, five featured games and a link to browse streams relating to other titles, and six featured Mixer Partners right along the bottom. Also found on the tab are small text link shortcuts to view all active streams, followed streams, and an option to search Mixer channels. All links in this tab will open the Mixer Xbox One app with the exception of the introduction video.

While the integration of Mixer into the Xbox One is part of Microsoft's overall strategy for the service, the launch of this feature today was likely done in preparation for Microsoft's E3 presentation next week which will be streamed in 4K via Mixer. With an entire section of the dashboard dedicated to Mixer, it will be easier than ever for Microsoft to promote their stream and the announcements made.

Do you like the new Mixer tab? Let us know in the comments below.