The Skype team is still iterating fast on its iOS and Android apps, and the latest version 8.5.0.55324 that started to roll out this week brings more new features and improvements. Both apps now let you switch languages in the settings, and those of you who used the new Skype Highlights can now share panoramic pictures with your followers.

The latest version also brings some bug fixes and accessibility improvements, and you can read the full list below:

You asked, we delivered

If you're not seeing this update yet, the Skype team says that it should roll out gradually over the next two weeks. Despite claims that the team carefully listens to user feedback, most of the recent reviews on the App Store and Google Play Store are still mostly negative.

The removal of previous features such as SMS support or the different presence icons is still an issue for many users, but the new modern design and black theme option are actually pretty good if you ask us. Do you still miss the old design, or did you get used to the new Skype experience? Let us know below. 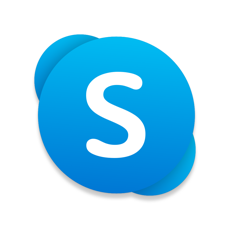 PAX West is in Seattle this weekend, and Xbox will be there in full force