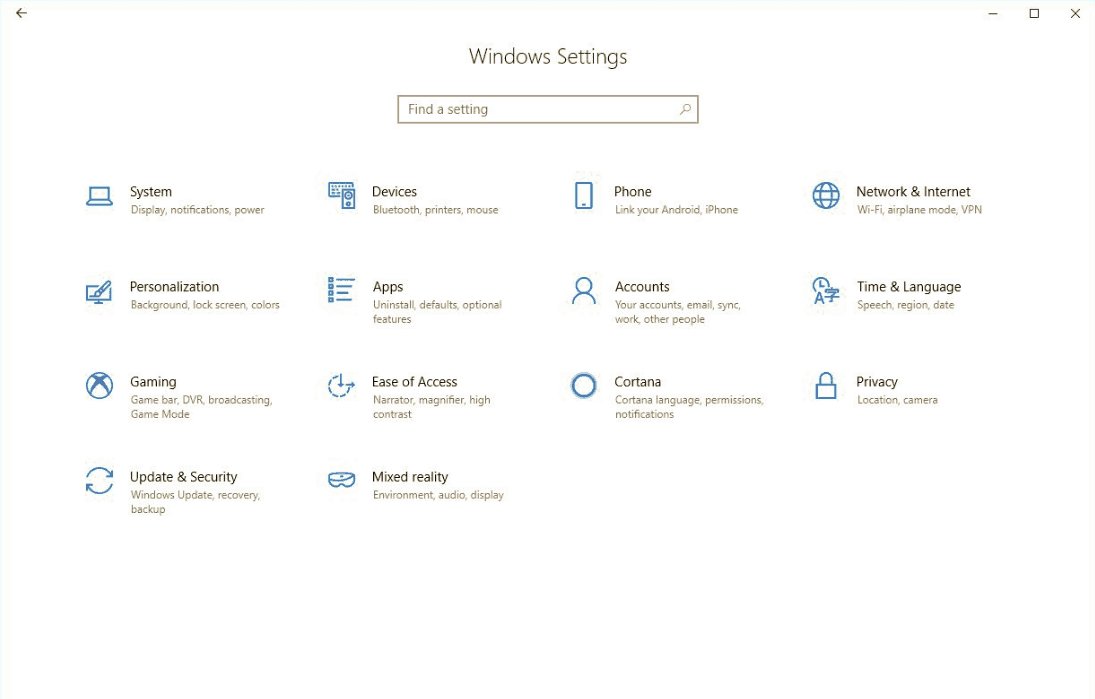 The Windows 10 Fall Creators Update introduces elements of Microsoft's new Fluent Design language on the Action Center and Start Menu, but turns out there is still more to come. Noted by Rafael Rivera on Twitter, more Fluent Design changes are reportedly coming to Windows 10 in Redstone 4, particularity in the settings menu.

Seen in the featured image above, future Redstone 4 builds will apparently have a reorganized Windows Settings menu. Judging from the leaked image, text and icons in the home page of the Windows 10 settings menu appear to be much smaller, cleaner and refined compared to what is currently seen in the Fall Creators Update. Additionally, images show the sidebar in the settings menu will pick up an acrylic look, complete with a reveal effect, letting you see through what is happening underneath.

It's not clear when Microsoft plans to roll out these changes to new insider builds, but the company already worked on adding some more touches of Fluent Design to the start menu with the very first Redstone 4 build. Still very exciting news, and coupled with the news of a redesigned Outlook app, more Fluent Design might as well be on the way soon to other core parts of Windows 10 in the near future.