When Microsoft officially unveiled Windows 10 back in September 2014, the company said that it would be “the last version of Windows.” At the time, it wasn’t exactly clear if this meant that there would be no “Windows 11,” or if Microsoft was just referring to Windows as a service.

As it turned out, we saw Microsoft introduce several new Windows 10 SKUs last year: there was Windows 10 S, which can only run Windows Store apps, as well as Windows 10 Pro for workstations. These are just different flavors of Windows 10 for PC, and even the slightly locked down Windows 10 S isn’t really much simpler to use compared to a standard Windows 10 PC, or a Chromebook. 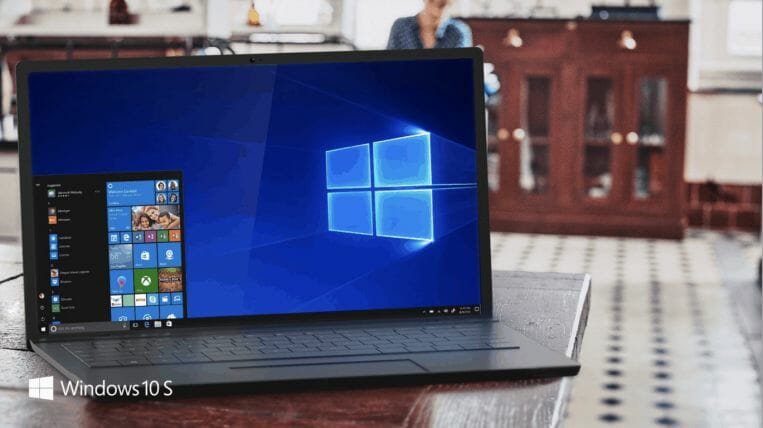 But that doesn’t mean that Microsoft isn’t interested in radically simplifying how Windows 10 works, and get rid of all the legacy stuff that make the OS too complex, too slow, and too battery hungry. Android beat Windows as the dominant OS for Internet usage last year, and Microsoft certainly won’t let Windows 10 sit on the sidelines in the near future.

Last year, we learned that Microsoft was reportedly working hard on making Windows 10 more modular, an effort that has been codenamed “Windows Core OS.” This is a necessary work for creating new form-factors powered by Windows, such as the foldable mobile device that we’ve already seen in many patents.

According to a new report from Windows Central, Windows Core OS could be the base of two new operating systems from Microsoft: Andromeda OS, which will apparently power the company’s rumored foldable mobile device, and Polaris, a streamlined version of Windows 10 for PCs.

According to my sources, Microsoft is building a brand new version of Windows 10 for PC devices like desktops, laptops and 2-in-1’s. This new version is entirely built on UWP, making it Microsoft’s first truly modern Windows OS for the traditional PC form factor. It strips out old legacy components and features in favor of a lighter OS with excellent battery life and performance.

Compared to Windows 10 S, Polaris will reportedly be more lightweight and modern, dropping the current Windows Shell, the legacy Control Panel and more. Polaris will be built entirely on Microsoft’s UWP technology (which also means a UWP-based File Explorer), but Microsoft said to be working on bringing support for legacy Win32 apps “when required.”

Polaris will reportedly coexist with standard Windows 10. “Existing Windows users won’t be able to upgrade or switch to Polaris, nor will eventual Polaris users be able to upgrade to traditional Windows 10 Pro,” the report says. Presumably, Polaris will be able to deliver much better battery life thanks to removal of all legacy features, and it should also be as easy to use as an iPad or a Chromebook.

Microsoft has already tried several times to simplify Windows, starting with Windows 8/RT and now Windows 10 S. But as you know, the company never managed to get rid of all the legacy stuff, including the massive library of Win32 apps. Polaris will apparently be a fresh start that really pushes Microsoft’s UWP platform forward, but could it appeal to consumers?

Most people now associate Windows with a desktop OS that gives you complete freedom: That’s why many people still don’t consider iPads or Chromebooks as “real PCs.” Yes, Windows is complex, but it’s one of the most versatile operating systems in the market, which is one of the reasons why it remains relevant today.

With the rise of Chromebooks and mobile devices though, Microsoft may well not have the choice to not drastically change how Windows works. According to Windows Central, Polaris may not surface until 2019, assuming Microsoft doesn’t cancel it at some point.