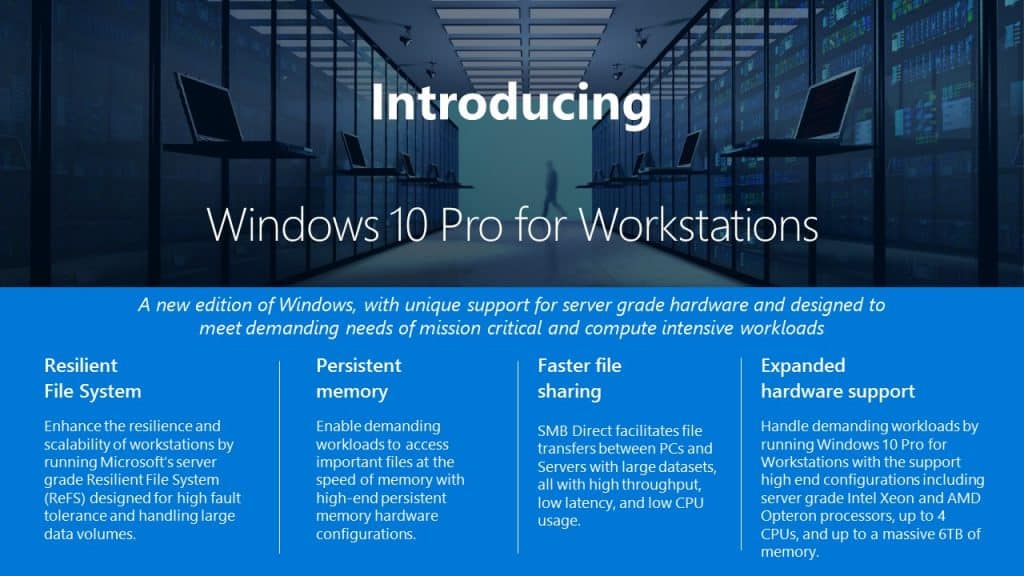 Microsoft has made a surprise announcement today, telling us all about Windows 10 Pro for Workstations. The new edition of Windows 10 Pro is a "high-end" piece of software, made to accommodate advanced users who can't afford a slow operating system.

The new Windows 10 Pro for Workstations was made specifically because of feedback that came from the Windows Insider program, making it a monument to the efficacy of user feedback. If Microsoft's pitch is accurate, potential users can look forward to a smooth - and powerful - experience that they can rely on in critical situations.

Here are the features that Microsoft is telling us about:

Windows 10 Pro for Workstations will be available with the Fall Creators Update, for those who are interested. It definitely seems like it's going to be a version of Windows 10 that is focused on the most advanced users who need extremely reliable and powerful software to keep things going smoothly.

VP of Microsoft devices doubles down on recent Consumer Reports claims, "We stand behind Surface"