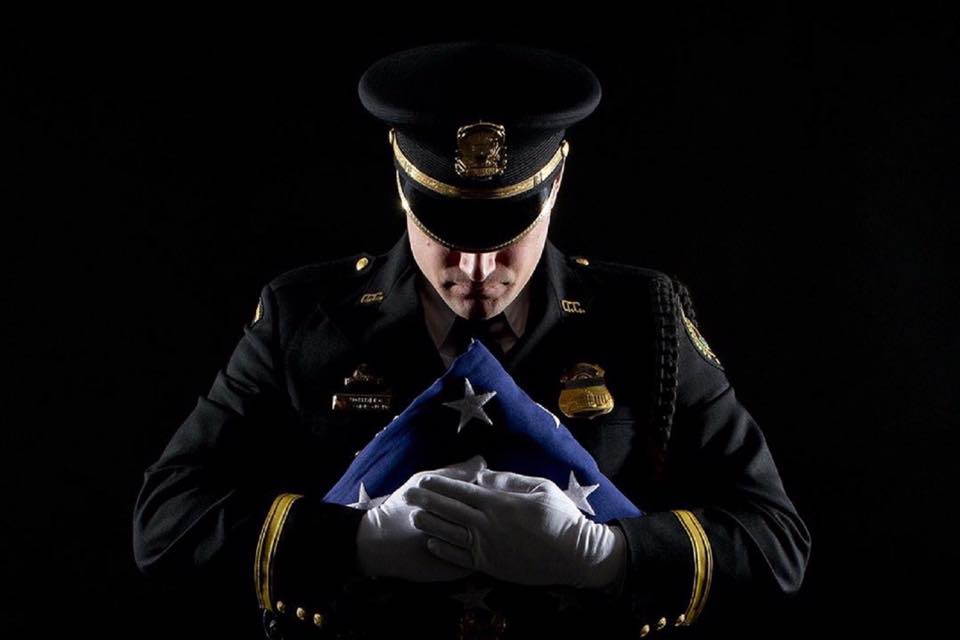 It's only been a week since Xbox One's public release of custom gamerpics, and already there is controversy about what is or is not allowed on the Microsoft gaming platform. Officer Michael Lee was logging onto his Xbox Live account to realize that he was under suspension from Microsoft. Being a man of action, Lee contacted Xbox Live support to discover that supposedly his avatar, a photo of a police man with a folded American flag (seen above), was the "violation".

As a result, the Gamerpic was removed and the account suspended for a day. "I tried to find out which rule it violated with a customer service representative," Lee shared on social media about the event. But since it was only a 24-hour ban, the customer service replied to him that he wasn't allowed to file any case reviews. The response in full:

“Thank you for your kind understanding. I really understand that you want some clarifications with regards on your suspension about a police holding a flag. However, you can only get in touch with the Enforcement team by submitting a case review on them. Since your suspension is only 24 hours, You are not able to file any case review with regards on the Gamerpic about the police. I do recommend that you refrain from putting any police or military photos to avoid this happening again.”

As imagined, the response to avoid using images of men in uniform has many upset, including Lee. Police supporters at Blue Lives Matter are also calling the Xbox Live reply a "World's Worst Customer Service Response". Microsoft has yet to make a comment about the incident or to clarify what was offensive about the image.

UPDATE: A Microsoft spokesperson has made a statement concerning the image. According to Microsoft, the image provided by Lee was not the one that the user was banned for, but instead, one that was uploaded previously.

"Images like the one described by this user would not be removed from our service or subject to enforcement action. Every image uploaded to our service is subject to our Code of Conduct and may be reviewed for compliance. Images violating that code can result in enforcement action against the user’s account, which may prevent any images from being uploaded for a short period. Our investigation found that this user had previously uploaded a different image not in compliance with our Code of Conduct, and the resulting enforcement action prevented the user from uploading further images for a short time." - a Microsoft spokesperson.

Furthermore, Lee stated that the previous picture was only up 'for a second' that he clicked by accident. The image itself is an NSFW of a woman in a thong holding the American flag which Lee submitted to Blue Lives Matters and will not be shown here.

The new Skype app will soon suggest mutual contacts for you