Today’s Xbox One update brings custom gamerpics, more to all

Microsoft today is rolling out an update for the Xbox One. The latest update is built from fan feedback from those in the Xbox Insider program and will be available for all Xbox One gamers later today.  Features of this update include Custom gamer pics, mixer co-streaming, seamless controller sign in, and more.

The first of the features is co-streaming on Xbox One. With this, you can invite up to three friends to broadcast together, creating a multi-view experience on Mixer. According to Microsoft, to use this feature, all you need to do is select ‘Invite to co-stream’ from a profile, or choose to invite your entire party to a co-stream.  Microsoft has also altered the club experience and has made it easier to find Mixer broadcasts from the club home page.

Next up is custom Gamerpics. With the update, you can now upload an image from your Xbox, Windows 10, iOS, or Android device to use as your gamer pic. You can also take things a bit further, and upload another image to use as your club’s profile picture and background. There are some rules you need to abide by before you proceed, though.

Third of the features is support for a seamless sign in using your Xbox controller. This feature is useful for those who have multiple users on one Xbox console. ” To link a controller,  be sure that you’re using the specific controller and sign into the user profile. You can then navigate to Settings -> Sign in, security and passkey -> This controller signs in -> Link controller.

While not as huge as the last three features, also new this month are some updates to Arena. You can now see who is streaming in Arena, and you can navigate to launch Mixer and see all users streaming from the tournament by pressing “Bracket.” You can then press on the  “Watch” tab on the tournament page to see all users who are streaming. 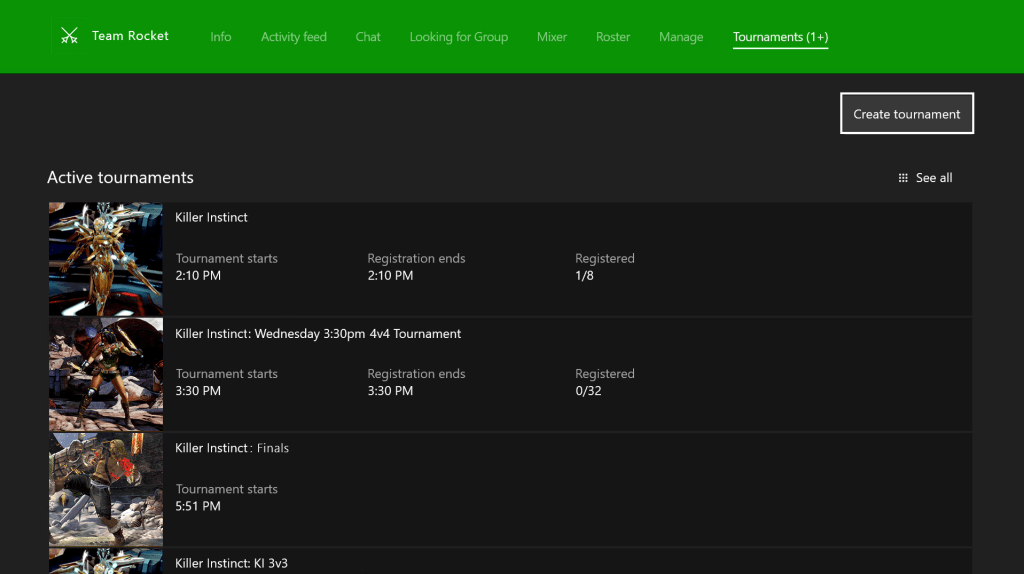 Arena on Xbox One

To line up with today’s update on the Xbox One, Microsoft is also updating the Xbox App on iOS and Android.  On both platforms, you will notice that Looking-for-Group requests are now front and center, since you can share them to the activity feed and messages. You also will be able to browse the titles in your Xbox Game Pass subscription from the app by selecting “Store”, and clicking on the “Xbox Game Pass” pivot.

Interestingly, the update to the Xbox app enables users to set the app and store experience to a different region than your Xbox account. Lastly, on Android, there is the bonus Chat Bubbles feature, which lets you use mobile games and apps while still keeping your Xbox messages close.