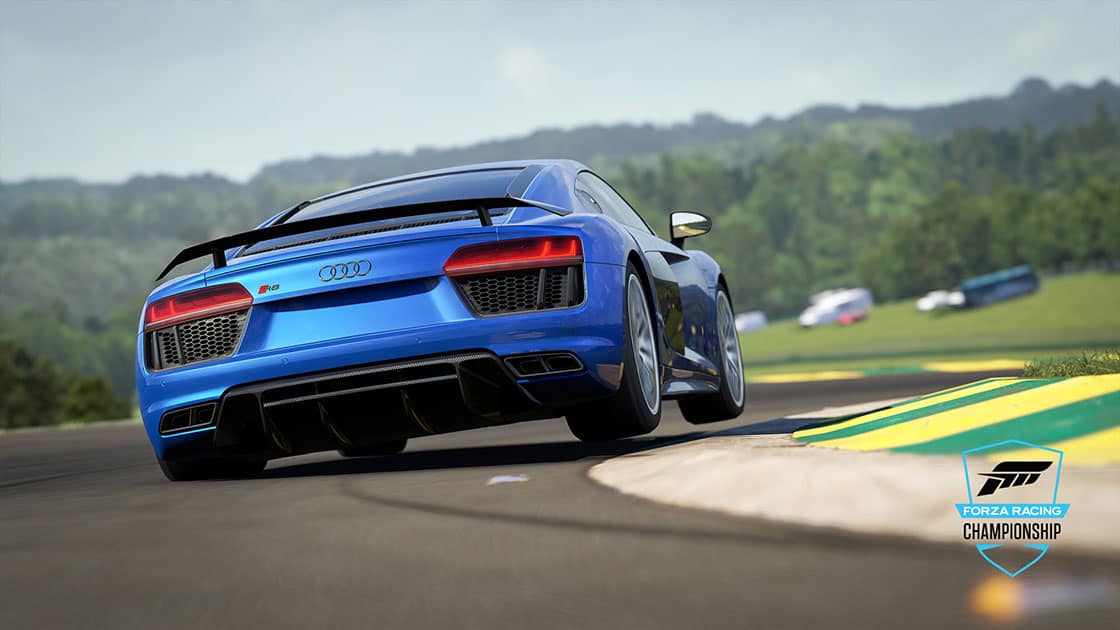 Qualifying for Season 3 of the Forza Racing Championship has just ended, and now attention turns to the  ForzaRC Elite Series Grand Finals, which will be broadcast live on December 11 beginning at 11 a.m. Pacific. So, as a new step towards’s Forza’s oncoming commitment to esports, as well as the ForzaRC, a free update for the game has been released, adding an in-race broadcast style ticker to the multiplayer experience.

As part of the update, spectators of a race will now have the ability to toggle on a ticker which will show up to the moment positional data for all players in the race. Just as in broadcasts of a real life race, as players  move up or down in position during race action, the ticker will automatically change. Additionally, the new update also adds the Gamertag and positional information above cars during a race, for more chances to follow the on-track more closely.

The update is available now, for free, to all Forza players, and more features will be coming in the months ahead for an even more competitive Forza multiplayer experience. You can follow the ForzaRC Season 2 Grand Finals on December 11 at 11 a.m. Pacific on Beam and Twitch.

Stay tuned to OnMSFT, as we will be following the Forza action and updating you as more information emerges.