2015 was an exciting and pivotal year for the storied software giant in its continual effort to reinvent itself in a tech environment where it is the canonical underdog. So what can we expect from Microsoft in 2016? Can Microsoft sustain the momentum its built for itself this year?

As discussed recently, the next major Windows 10 update, code-named Redstone is already making its way into insider machines, with the insider program scheduled to expand with a faster Fast Ring in January. Little is known about what the update will feature other than it will have a strong focus on Continuum and Windows 10 and Windows 10 Mobile integration, with OS X continuity-like features. 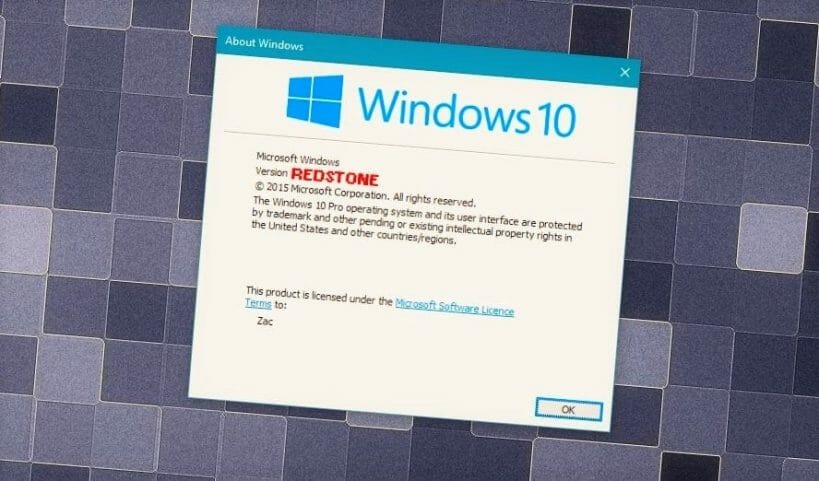 Not a single discussion about the Edge browser on the internet is complete without at least half a dozen people asserting “lack of extensions makes Edge absolutely useless to me.” Our prayers will be getting answered in 2016, as evident by a leaked Edge Extensions page found on the internet, Microsoft is getting ready to publicly showcase extension functionality for the first time soon.

Edge extensions should be coming alongside the Redstone update in 2016.

As Microsoft elucidated earlier this year, the company is preparing a universal app that will be available on Windows 10 and Windows 10 Mobile. I was under the distinct impression it was supposed to come out before the end of 2015, but given all the other delays, I’m not surprised it’s been pushed back. And really, I would rather they take as long as they need to get it right than rush it. Unfortunately, being as jaded as I am with Microsoft’s quality control as of late, I expect it will be delayed quite a bit, and once it does get released it will be quite buggy and missing essential and highly desirable features.

Speaking of highly desirable features, one of the biggest sore points of Windows 10 is how it got rid of the brilliant OneDrive file placeholders functionality. It’s something that a great many users want back, and while there’s been some “discussing” on it, nothing solid is on the horizon. I personally have my doubts it will return, for reasons I will discuss at a later point, but for now the most we can expect is a highly robust universal OneDrive app (hopefully).

I expect a Surface 4 to be announced sometime in Spring or early Summer, exactly one year after the current Surface 3. I expect it will obtain similar revisions as the transition from Surface Pro 3 to Surface Pro 4: no physical start button on the right side, trimmed bezels to make the screen a bit larger, and a magnet on left side to store the new pen, which will be the same as the pen found in the Surface Pro 4 and Surface Book. Marginally slimmer and lighter chassis as well. I wouldn’t be surprised to see the Surface 4 get and additional kickstand position, or transition to the infinitely adjustable hinge as well. 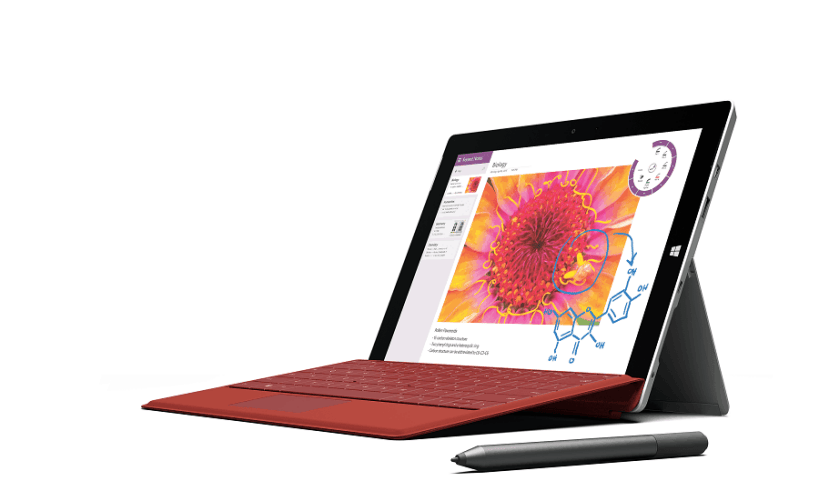 I fully expect a reversible USB-C charging port, which should obviate the slower charging that plagues the current Surface 3. I expect the standard USB port to remain, as one of the biggest draws of the device is how PC-like it can be. Windows Hello facial scanning like the Surface Pro 4 is a realistic possibility as well.

What isn’t quite certain is what hardware will power the device. As far as I know, no visible successor to the Cherry Trail SoC (used in the Surface 3) has been given a firm release schedule as of yet. To that end, it’s entirely feasible the device may be delayed until after spring.

I wouldn’t be surprised if the Surface Pro 5 retains the same chassis as the Surface Pro 4 (and Surface Pro 3 to some extent). I think this because Intel has announced that the shift to Skylake’s original successor, the 10nm Cannonlake, is taking longer than expected, so the current 14nm process will be elongated by another 14nm generation code-named Kaby Lake. Kaby Lake will inevitably have small CPU performance enhancements, small power efficiency improvements, and noticeable GPU improvements, and additional features, but probably not much else. As the current Surface Pro 4 chassis is already quite sleek, and can cool the 14nm Skylake very effectively, I think there isn’t a great urgency to replace it immediately. I would love for the Surface Pro 5 to be lighter though, even if it retains the similar chassis. 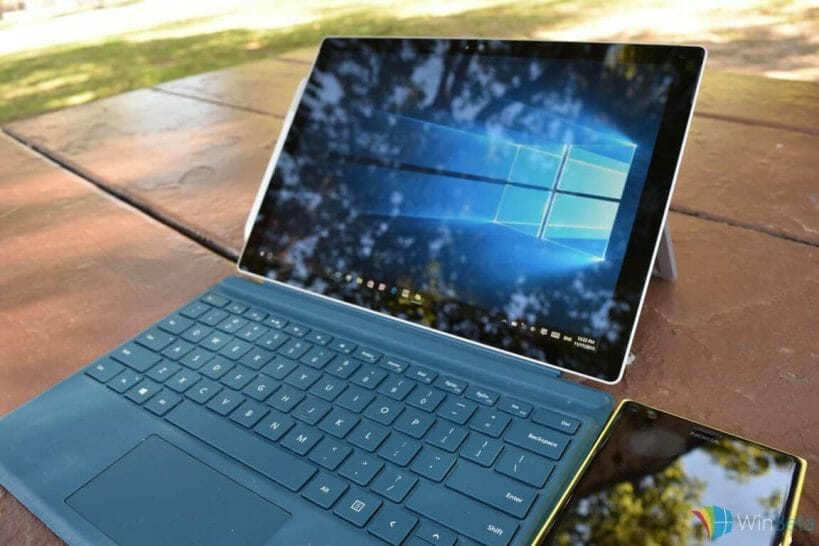 I’d imagine that Microsoft will also bring improvements to remedy some of the flaws with the Surface Pen’s technology as discussed in my previous pen video, but it’s impossible to say, as it maybe be “good enough” for Microsoft’s needs.

As I elucidated in my Surface Pro 4 review, Microsoft has got the hardware almost down to perfection. It’s the software and firmware that’s holding them back at this point, as evident with the company’s recent apology and promise to fix in the new year.

Impossible to say at this point. As this is the first generation of Surface Book, I don’t have any logical anticipation that would be anything more than utter speculation.

I’d like to think that Microsoft would re-introduce the bottom half (with the keyboard, battery, and optional GPU) as an accessory that could be plugged into any Surface Pro 5, but that would mean no screen larger than the Surface Pro 4/5’s 12.3 inches. Unless of course Microsoft decides to introduce a bigger variant of the Surface Pro 5.

I have no idea how likely a Surface Phone is, and I’m not convinced by the really weak rumors we’ve been hearing. What really annoys me about the aforementioned discussion with Microsoft’s CMO Chris Capossela is that he asserts Microsoft needs to make a groundbreaking phone. Isn’t that what we were hoping the Lumia 950 and 950 XL were supposed to be? Why didn’t they do it then? Don’t get me wrong, they’re great phones, but not groundbreaking by any means, and if Microsoft really wanted to make a groundbreaking phone, it didn’t have to wait until 2016 to do it. Moreover, if a Surface Phone gets released this year, that means it’s been in the works for years now, long before Capossela made this discussion. 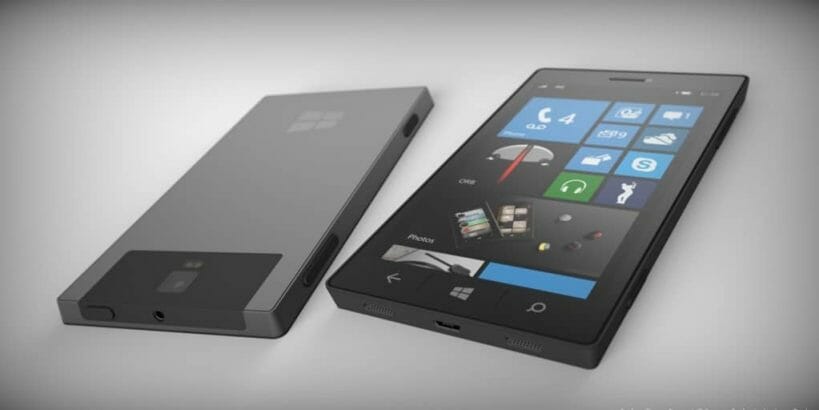 If a Surface Phone does come, I really want the Surface Phone to have some kind of kickstand. As a genetic trait of the Surface brand, it would obviate the need to attach a bulky case just to achieve this functionality. I really need to be able to comfortably watch YouTube videos while eating soggy medium-rare burgers that disintegrate as I eat them.

Something I can take or leave is an x86 architecture, which would allow it to run traditional desktop apps like a full PC. Many naysayers are very quick to assert that the Surface Phone being an x86 device that can run all traditional PC apps would be asinine, complaining that “it’s impossible to use traditional, non-touch designed apps on a screen that small.” I actually disagree. If such a thing were to happen, the goal wouldn’t be to run full Photoshop on the phone itself. It would be to run full Photoshop on an attached external monitor, just like Continuum does with the Lumia 950 brothers. People might argue that it’s a gimmick at best; a niche use case hardly anyone will want to use, and therefore not worth bothering with.

Literally everything starts out as gimmick. It’s only niche or gimmicky until everyone takes it for granted.

Being a pioneer in consumer tech isn’t about giving everyone a device that plays within the current day constraints. It’s about pushing and allowing for the possibility of new use cases so that consumers have the opportunity to adapt and rely on them. How could the general consumer envision using an iPhone as a credit card swiping machine until someone went ahead and made it possible?

If Microsoft can make such a thing possible without it being obtrusive, I see no reason why not.

As confirmed by Microsoft, the Lumia 650 exists. You may thus be wondering why this isn’t in the confirmed or all-but-certain section. Well, I’ll reply to that by saying that technically, the Surface Mini “exists” as well, but we all know how that went. Simply put, the Surface flagships have had great success and I see no reason why Microsoft would stop pumping them out in 2016. I can’t say the same for Microsoft’s Windows Mobile — I mean Windows Phone, or rather, Windows 10 Mobile — efforts. We’ve seen what happens when Microsoft goes “all in” on something, and we don’t even have that strong a commitment under Nadella. Anything goes at this point.

We’ve also seen inklings of the higher-grade Lumia 850, but unlike the 650, its existence has yet to be confirmed, so we’ll have to wait and see. 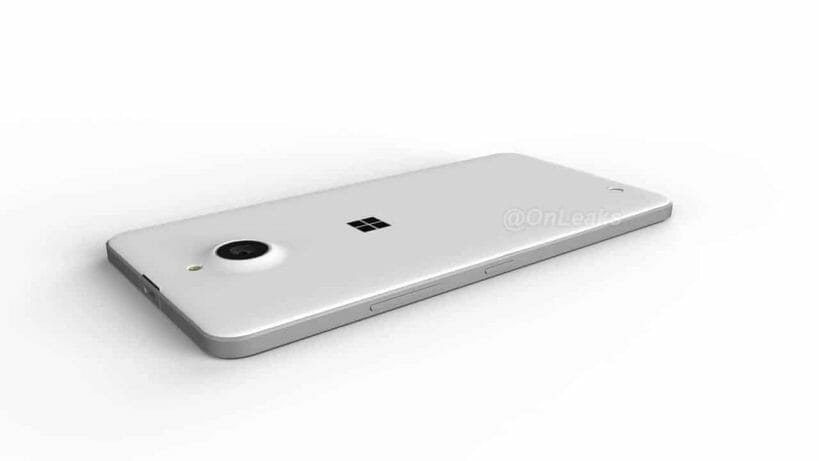 No matter what, Microsoft is in desperate need of more Windows 10 Mobile devices to saturate the market, and while I can’t guarantee the above two will be the answers, Microsoft will do something.

Rumors are circling that Microsoft might be slapping the Xbox One label onto an Apple TV competitor known as the Xbox One Slim. Obviously, if this were to come to fruition, it would be a less functional, significantly cheaper, and noticeably more svelte device.

Regardless of whether this rumor actually pans out, expect Microsoft to inject some kind of new life into the Xbox One brand, as every console in made in the past few decades has gotten some kind of “mid-life refresh”, and I expect the Xbox One to be no different.

Expect in 2016 for Microsoft to instigate yet another PR disaster with one of its products or services. We see this sort of foot-shooting pretty often from Microsoft, from the Xbox One DRM controversy, to the overly eager PC upgrading, to the OneDrive debacle very recently.

Followed of course by “we just want to start off by saying we acknowledge and greatly appreciate all the feedback we receive from our users, and would love for our users to continue delivering great feedback.” And then some kind of half-hearted apology sprinkled with a nonsensical explanation that no other company on the planet would have ever had to make.

In fairness, Microsoft does actually listen to the feedback we give it and have reversed many of the boneheaded decisions that received a lot of backlash. We also see the company incorporate feedback into its recent upgrades to Windows 10 universal apps, such as GIF support, the translucent video control bar in the Movies app, to changing the location of the OneNote Mobile full-screen button.

Microsoft’s got a really busy year ahead of it, and while it’s done great things in 2015, it needs to do more. Can Microsoft sustain its current momentum? Only time will tell.