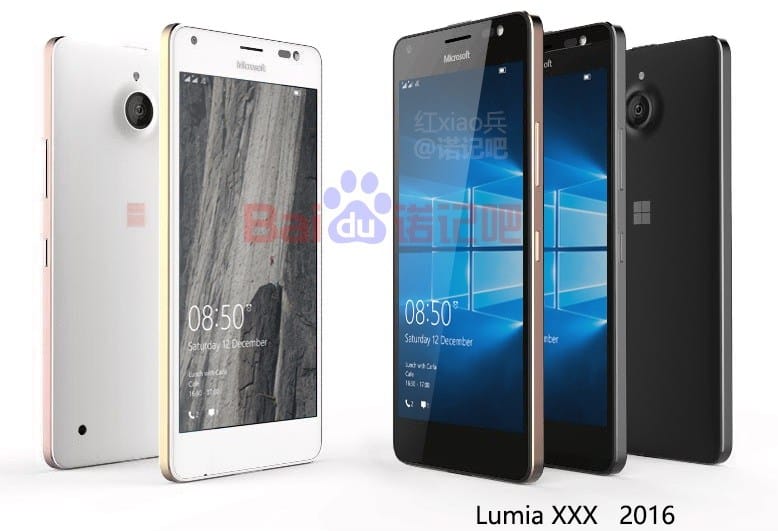 As you can see from the image above, the time mentions 08:50, hinting that this device may be referred to as the Lumia 850 or Lumia 850 XL. Interestingly enough, the folks over at WindowsCentral claim the Lumia 850 won’t see the light of day, as it was one of the few phones Microsoft cut back in July. During that time, Honjo (Lumia 8xx), Saana (Lumia 6xx), and Guilin (7xx) were all axed.

Saimaa (Lumia 550) actually made it and was recently released with Windows 10 Mobile. The Lumia 6xx (Saana) is rumoured to have been uncancelled and will be released sometime in January. A week prior to these phones being cancelled, Microsoft CEO Satya Nadella had emailed his employees about “tough choices” while revealing a new mission statement.

Either way, we’ll see what pans out for the purported Lumia 850. For now, we’ll just enjoy the leaked renders.