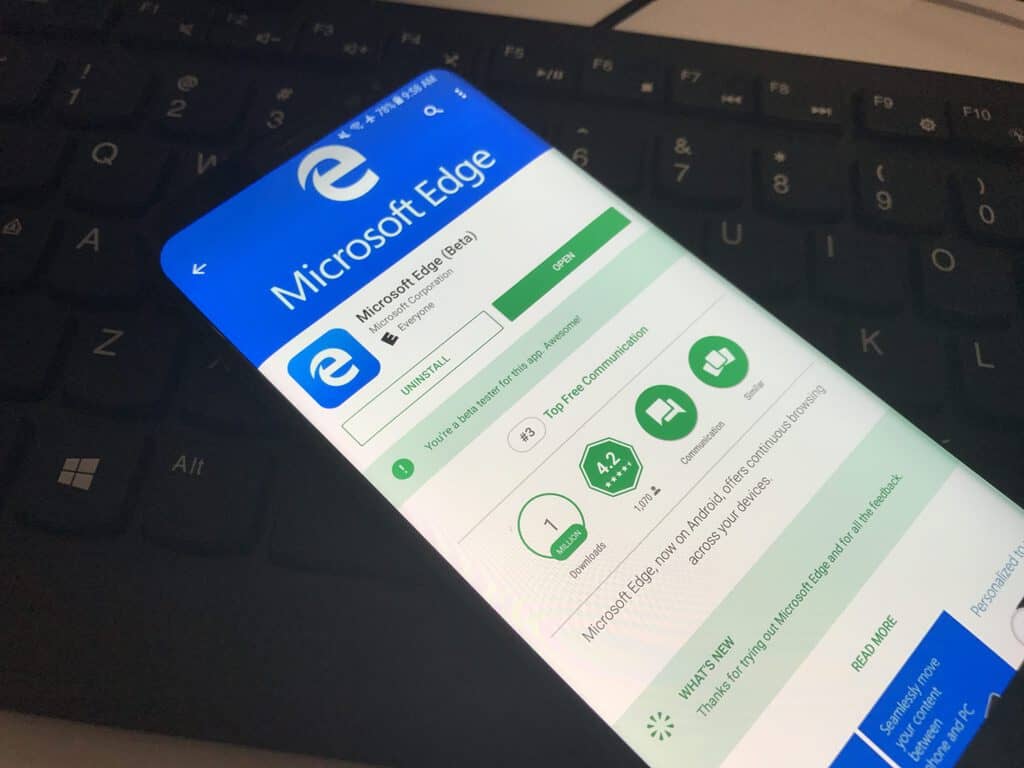 We previously reported on Edge on Android getting to over 500,000 installs, but now a new milestone has been met. Microsoft Edge on Android has been downloaded over 1 million times, picking up steam and showing that the browser is getting noticed by both Android and maybe even ex-Windows Phone fans.

These latest stats are all being shown via the listing on Android's Google Play Store, which also had Edge with a total rating of 4.2 stars. Much more interestingly, the Google Play Store also has Edge listed as the #3 Top Free Communication app here in the United States, right behind both Facebook Messenger (#1,) and WhatsApp Messenger (#2.)

It's definitely nice to see Edge picking up this much popularity, especially because it's only been about two months since it first launched as a beta. It's still a far cry from the 1 billion downloads of the Skype Android app, but we're hoping it may get there soon once the app picks up tab syncing and tablet support features.

Check out the new live action trailer for PlayerUnknown's Battleground