The Street’s Jim Cramer is bullish on Microsoft in 2018: here’s why 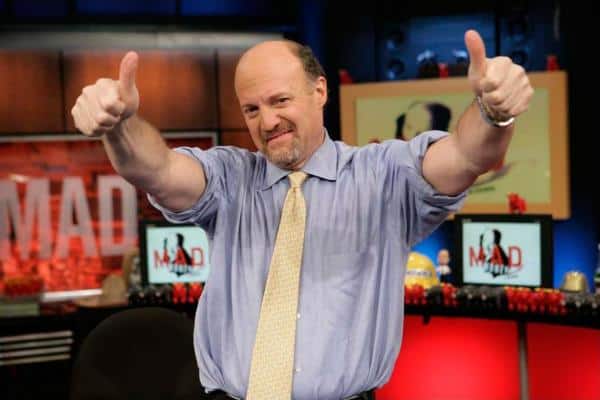 Jim Cramer is widely known in US financial circles for his CNBC Program “Mad Money” and “The Street.” The popular financial analyst recently expounded on Microsoft, and Cramer likes the company in 2018. Here’s what he said on CNBC:

Cramer lists five basic reasons for his upbeat outlook on the Redmond giant, being impressed with Microsoft “thinking through” its cloud computing offerings by emphasizing regional data centers (more than Amazon and Google offer, combined, with more to come). These local centers “offer companies a solution to security concerns related to hosting domestic-user data abroad and allows companies to be physically closer to their data,” factors Cramer sees as key for the growth of cloud computing where security and local access continue to be big concerns.

Cramer also likes the LinkedIn acquisition. LinkedIn has logged four consecutive quarters of 50%+ session growth, and Microsoft management recently said the acquisition is “ahead of every financial target.” Traditional software (Windows, Office 365, Dynamics 365, etc.) remains a “very strong” segment, and the Xbox One X is off to a “very strong start.”

He ended the segment by noting that changes to US tax law, working their way through US Congress right now, could substantially benefit Microsoft (and other big companies with lots of offshore cash). Microsoft currently has over $132 billion stashed overseas, unable to bring it back to the US due to harsh tax penalties, currently at around 35%. The new tax law would reduce that burden significantly, setting repatriation taxes at around 10%, allowing these companies to bring their overseas earnings back to the US. Microsoft is one of the companies who stand to greatly benefit from these tax law changes, and Cramer believes the company could then “double down on its investment to data-center and other business areas [and] return value to shareholders through dividends and buybacks.”

Are you as bullish on Microsoft as Jim Cramer? What do you think the company will do in 2018 and beyond? Let us know in the comments below.