Windows 10 Insider Preview is more than just Gabe Aul, meet the rest of the team - OnMSFT.com Skip to content
We're hedging our bets! You can now follow OnMSFT.com on Mastadon or Tumblr! 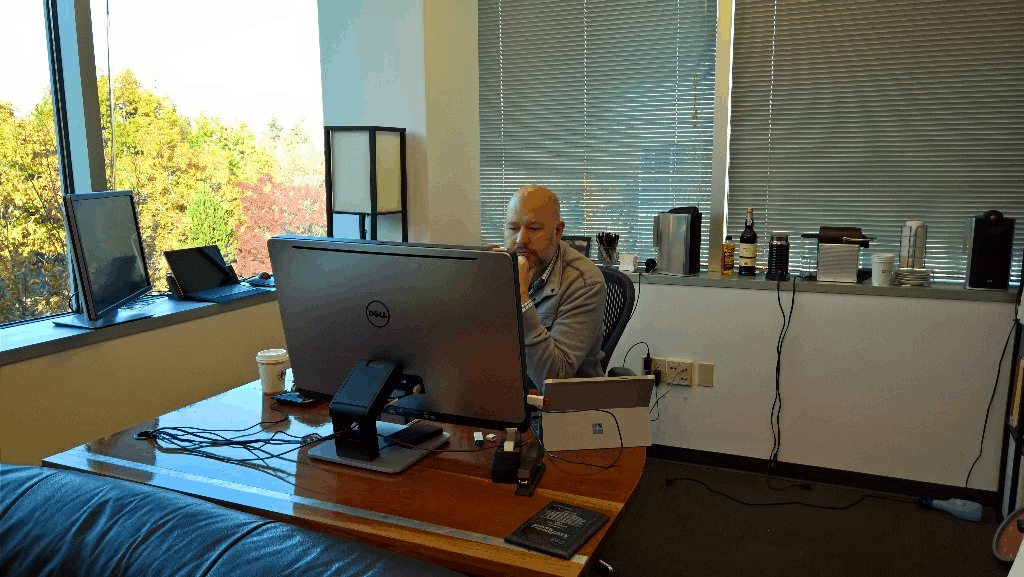 As far as the Windows 10 Insider Preview program is viewed by the general public, the only faces responsible for the products are Terry Myerson, Joe Belfiore to an extent, and the almighty Gabe Aul. Entering into its second year of availability, however, the Windows team would like to introduce Insiders to the many unsung faces behind Windows 10.

For those continuing to stay abreast of Windows 10 news via the Insider Hub, the Windows team is now offering its new Windows 10 Team Profiles post.

To give you even more insight into Windows 10, we’d like to introduce you to some of the people on our team and how they support the platform - and Windows Insiders like you. We’ll feature team profiles on an ongoing basis here in the Hub.

The profiles are sort of Q&A sections that allow Insiders glimpses into the quirks and personalities that comprise the Windows team and those who subsequently handle the Windows 10 operating system.

To start off the profile action, Brandon LeBlanc, better known inside the walls of the Microsoft as the senior program manager of awesomeness. As Leblanc self-describes, he’s responsible for putting together content that goes into those rather lengthy blog posts that detail updates, features, and fixes that appear on the Windows Blog and Insider Hub. Ironic, huh?

What Insiders can glean from LeBlanc’s Q&A profile is that as a seven year veteran of Microsoft, he “absolutely loves Cortana,” he prefers sushi, and he's a fan of Batman comics. LeBlanc’s more thoughtful responses were in regards to his experiences with Windows 10.

For example, asked to describe one of his favorite experiences with Insider community, LeBlanc answered:

I have too many favorite experiences to be able to just name one. I did use the Microsoft Translator app for Windows to interact with a Windows Insider from Portugal the other day in Portuguese which was very cool! Windows Insiders are “my people” as our biggest fans of Windows, and I am such a big fan of Windows too.”

Another encapsulating response came when Leblanc was asked about his most memorable moment at Microsoft:

When Terry Myerson took the stage on September 30, 2014, and unveiled Windows 10”, and deservedly so.

Other tidbits like his setup at work and his Twitter handle (for those who have some respectful questions or suggestions to offer) can all be found via the new Windows 10 Team profile post in the Insider Hub.

As Microsoft continues to prep for Redstone and other future updates, the Insider Hub is becoming ripe with content for readers. As far as we're concerned, the more info the better, and the Insider Hub is a great place to put it all.