The fan-made HoloLens Pokemon RPG is now available on GitHub - OnMSFT.com Skip to content
We're hedging our bets! You can now follow OnMSFT.com on Mastadon or Tumblr! 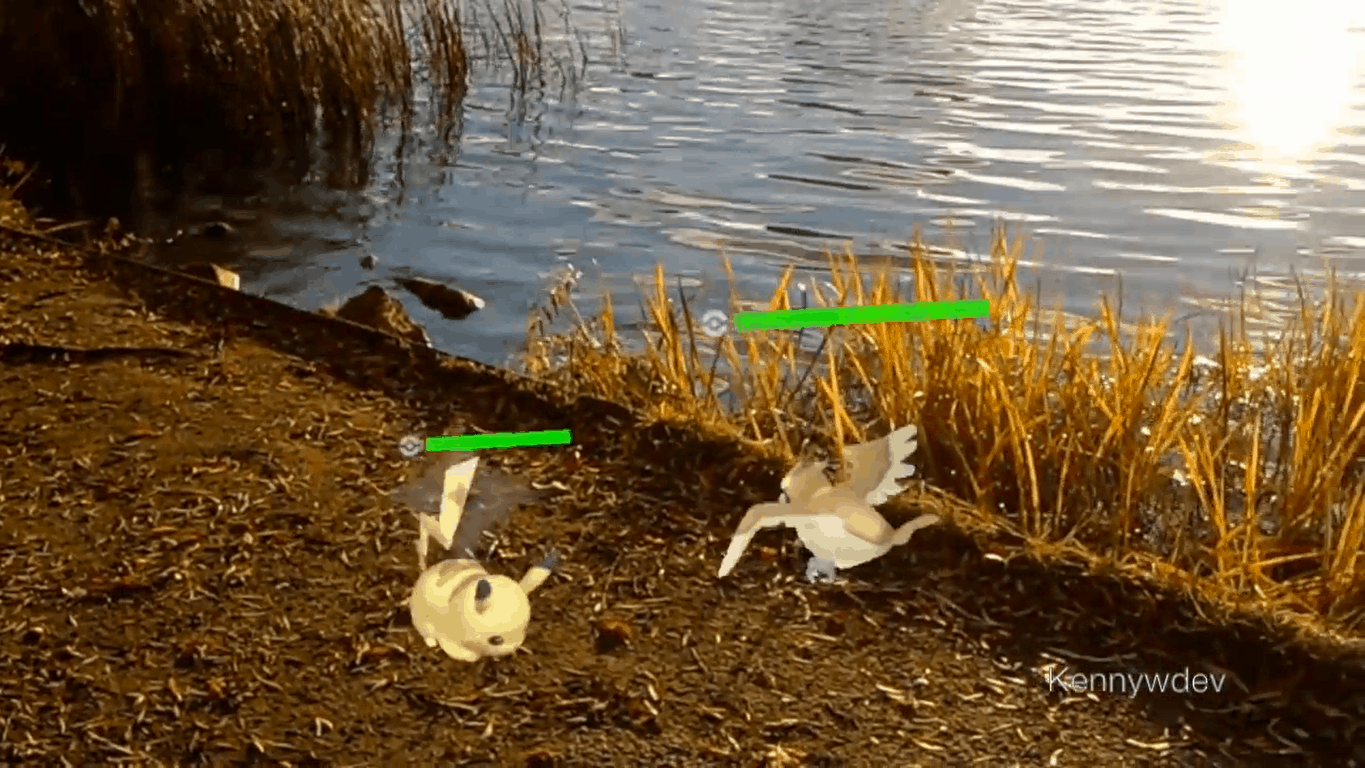 Back a month ago, we reported on one Pokemon fan bringing Satya Nadella's vision to life by creating a Pokemon RPG for Microsoft's HoloLens. Since then, the developer, Kenny W, has gone on to partly release his PokeLens project, and as of yesterday, the game is now available on GitHub as a demo for fellow HoloLens developers to try out.

As seen in the video above, Kenny W tells the world that he has released his Pokemon HoloLens RPG project to GitHub, so people can contribute to the project if they want to. All it takes to edit and contribute to his project is to download the Zip file, and open it up in Unity. Kenny W even gives tips on how to toy around with the project, and recommends to turn on the floor game object so there can be a surface to test on. And, for those who are interested, Kenny also points to the Windows Dev Center, and the Holographic Academy which has the necessary tools and guides on how to deploy Unity apps (such as his) on HoloLens.

According to Kenny's video, once the app is deployed to HoloLens, all it takes to get started is to tap to place a Pokemon, and then tap again to get started.  As always, do let us know what you think of this project by dropping us a comment below!