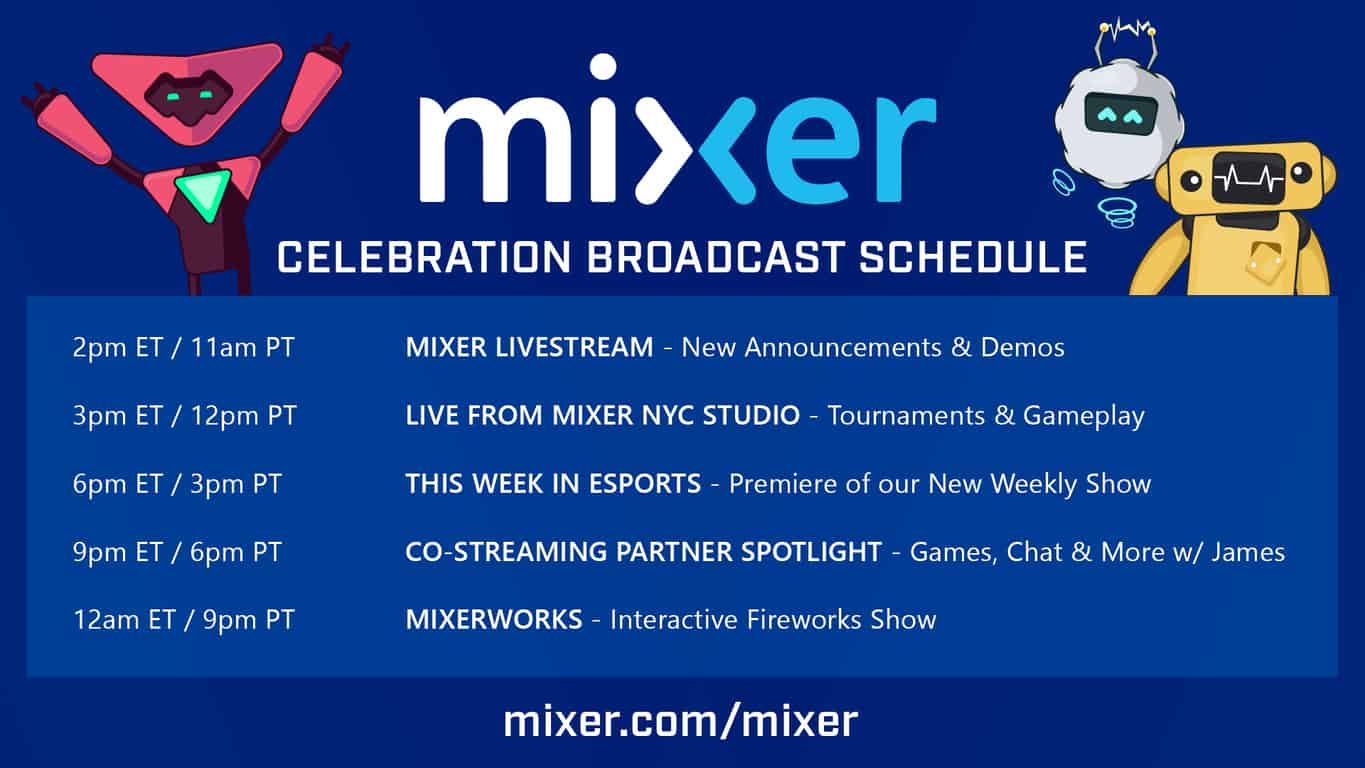 Microsoft has just announced that it’s rebranding its Beam live streaming video platform to Mixer, which is a new milestone for the service that launched back in January 2016. On Xbox Wire, Mixer co-founder Matt Salsamendi explained that the rebranding was a “tough decision” made to help the service grow in “every major market around the world.”

Microsoft is well aware that it will need to build brand awareness for the new service as soon as possible: that’s why the Mixer team is celebrating the rebranding today with an all day broadcast on the official Mixer channel. The festivities will kick off at 11 AM PT with a livestream from the Microsoft Campus where the team will showcase all the new social features that are launching today. Actually, Salsamendi is already live from his phone using the brand new Mixer Create mobile streaming app:

I'm live showing off some of the cool stuff the team is doing on our new Mixer Create streaming app! https://t.co/h53AJiXSix

The co-founder also announced today that the Xbox team will use Mixer to broadcast its E3 briefing in 4K Ultra HD, which will be great marketing for the Twitch competitor. Get ready to hear a lot of things about Mixer over the next few weeks!