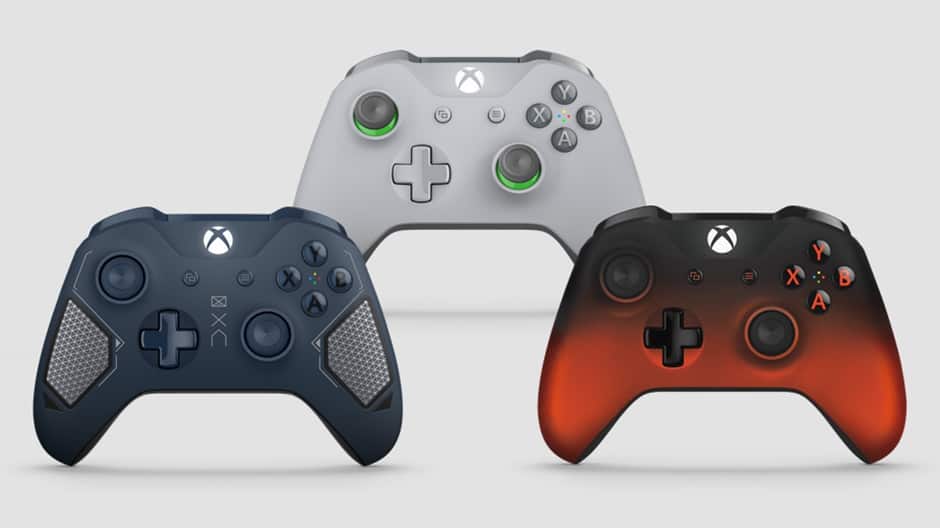 This a pretty good day for Xbox fans, as in addition to several video games news the Xbox team has just announced new accessories for your Xbox One or gaming PC. First of all, three new wireless controllers are now availble to pre-order and will start shipping this Thursday, August 3. You can see them in the featured image above, and here all the details:

Additionally, the Xbox team also announced a new Xbox Wireless Adapter for Windows 10 PCs ($24.99) , which is
66 percent smaller than the previous model. The new model will still support up to eight controllers as well as wireless stereo sound support, and it will start shipping on August 8.

For PC gamers, Microsoft will also sell the new Wireless Adapter bundled with a black Xbox Wireless controller for $79.99. The new Patrol Tech Special Edition controller will also be bundled with the Cable for Windows for $69.99 and start shipping on October 17. Let us know what you think about these new accessories in the comments below.

Drive your mom's car in Forza Motorsport 7 with this week's list of cars, featuring small imports