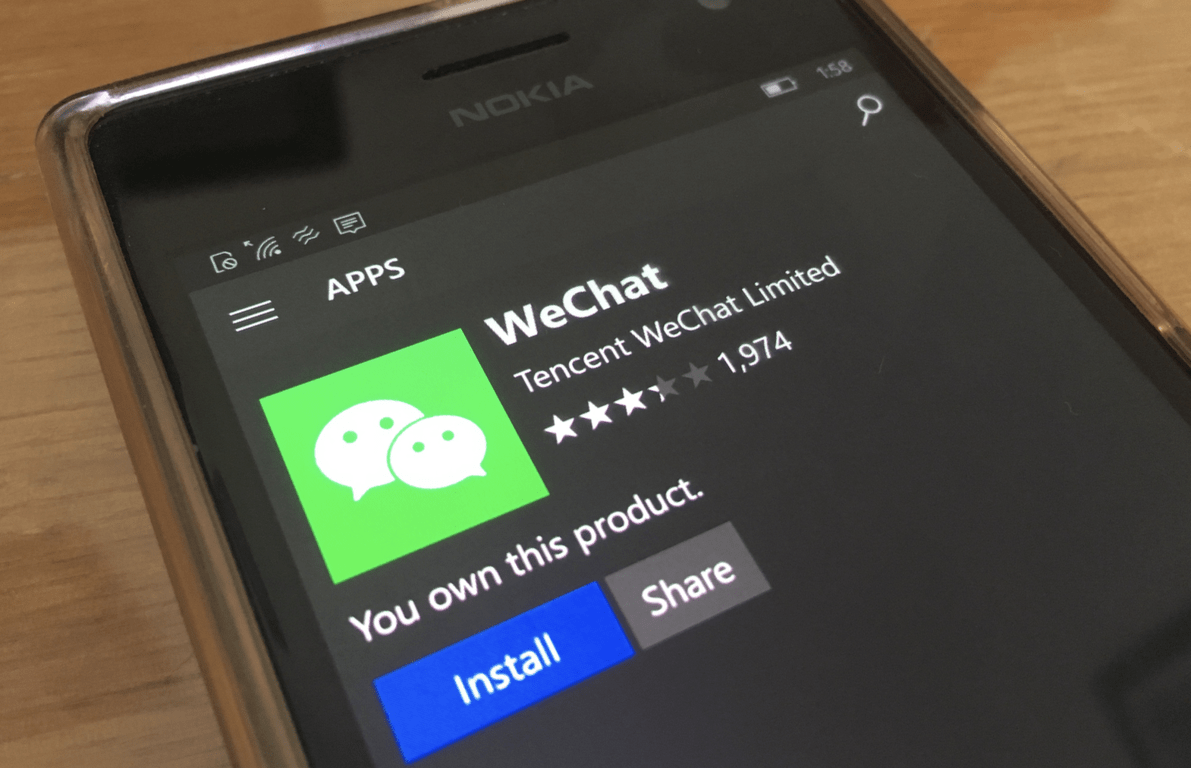 WeChat, the most popular social media app in China, is apparently dropping support for Microsoft’s mobile OS. If the WeChat Windows Phone app is still available to download from the Windows Store as of today, German website Windows Area reports that users are seeing errors messages telling them that the app is no longer supported (via Neowin). The notification also invites them to switch to the iOS and Android app, which is not really surprising.

Windows Phone never made a dent in China, which remains WeChat’s main market, and its market share continues to reach new lows in the most important smartphone markets worldwide. However, WeChat developer Tencent is still supporting its Windows 10 UWP app, so it’s not all bad.

Did you use WeChat on your Windows phone, and do you think its end of life is a big deal for Microsoft’s mobile OS? Let us know below.