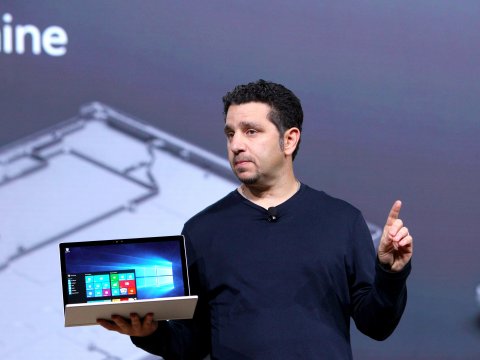 Last week, Microsoft's Surface line suffered a huge blow after a survey from Consumer Reports showed that Surface devices were less reliable than most other brands. The Redmond giant was pretty quick to strike back, as VP of devices Panos Panay shared some hard data proving that return rates for Surface Pro 4 and Surface Book (two devices that have been affected by several post-launch issues) were lower than what the controversial report suggested.

According to a recent internal memo discovered by Thurrott.com, it seems that Microsoft is still willing to stand up to defend its Surface devices. In the document written by Panos Panay, the exec admitted "some quality issues" with the Surface Pro 4 and Surface Book, adding that his team has "worked tirelessly" to improve them since launch and making sure that newer devices wouldn't suffer from the same reliability issues. "These improvements were unfortunately not reflected in the results of this [Consumer Reports] survey,” acknowledged the Panay.

The leaked memo also included some new data about worldwide return rates for Surface devices, which according to Panay "have consistently decreased over the past 12 months." In the chart below, you can see that Surface Book and Surface Pro 4 originally had a 17% and 16% 90 days return rate, respectively. As of April 2017, the situation has improved significantly as return rates were below 5% for all of 2016 Surface devices included in the chart. 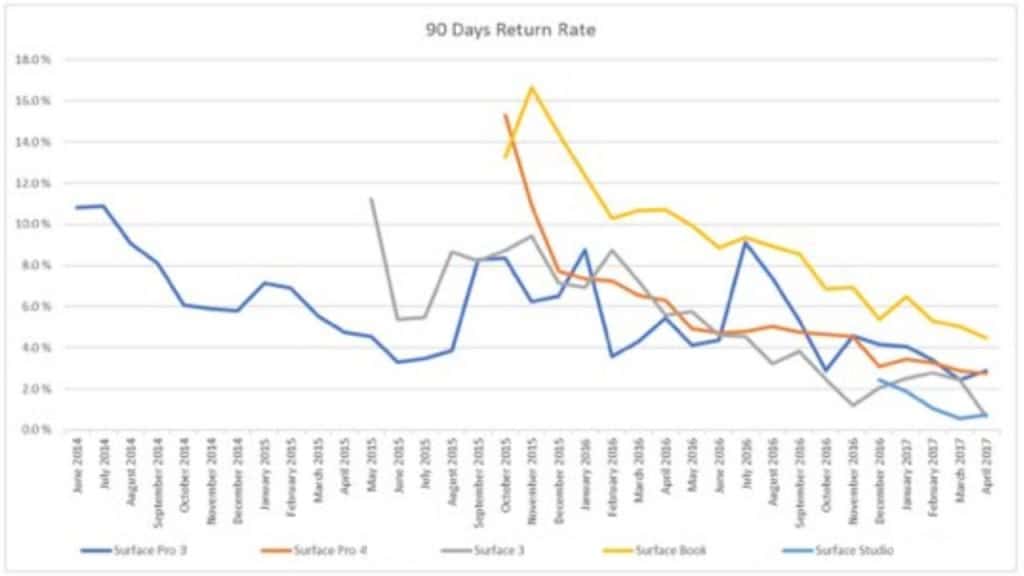 Until now, Microsoft has never really explained why Surface Pro 4 and Surface Book had more problems than previous devices. For a long time, Intel's new Skylake processors have been blamed for the sleep issues (aka the "hot bag syndrome") that many consumers have encountered, but Paul Thurrott offered a different explanation:

Microsoft, I’m told, fabricated the story about Intel being at fault. The real problem was Surface-specific custom drivers and settings that the Microsoft hardware team cooked up.

The Skylake fiasco came to a head internally when Microsoft CEO Satya Nadella met with Lenovo last year and asked the firm, then the world’s biggest maker of PCs, how it was dealing with the Skylake reliability issues. Lenovo was confused. No one was having any issues, he was told.

Microsoft finally fixed these issues last year after several driver and firmware updates, which explains why return rates for both the Surface Pro 4 and Surface Book have decreased pretty quickly. As for the brand new Surface Laptop and Surface Pro, they have not been affected by any major problems since launch, even though some Surface Pro customers have been complaining about a backlight bleed issue over the past few weeks.

Overall, it's clear that Microsoft still needs to be more transparent if it wants to get rid of the perception issue that could soon start to plague all Surface products. Fortunately, it seems that this is exactly what Microsoft plans to do. “[We] have put together a comprehensive set of data that reflects the strength of our quality and our customer sentiment, and will be working with partner organizations, including marketing, retail, and sales, to share that information broadly,” explained Panay in the internal memo.