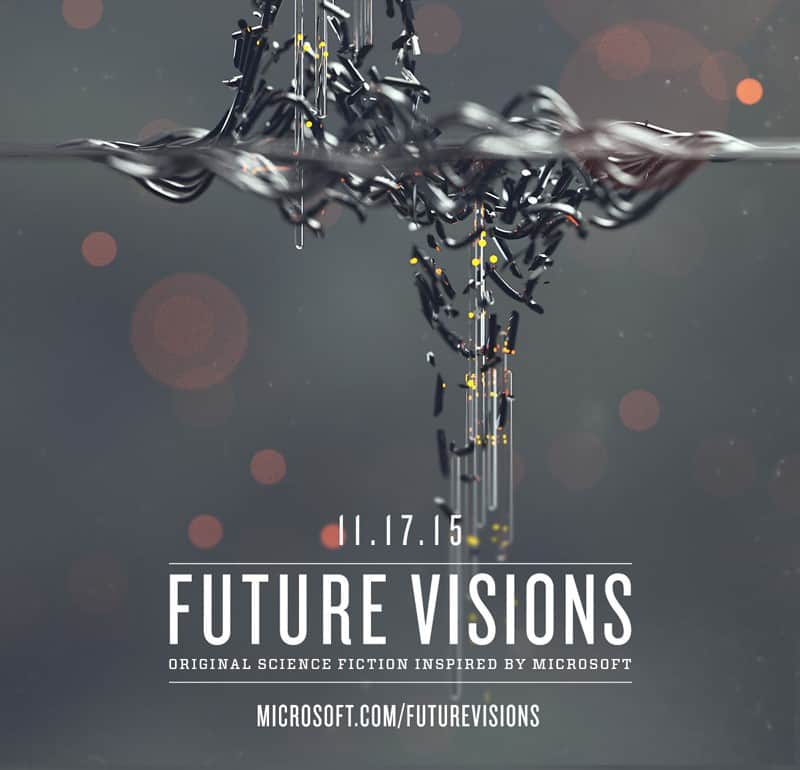 In an interesting twist away from the new build fiesta today, Microsoft has announced the release of science fiction anthology called Future Visions.

Future Visions features a collection of short stories written by some of the most notable science fiction authors in the field. These authors had the fortune of being granted inside access to Microsoft’s cutting edge research labs, and have written stories inspired by what they learned.

Some topics that these stories touch upon include prediction science, quantum computing, real-time translation, machine learning, and more.

The authors participating in this anthology are:

The anthology also features a short graphic novel by Blue Delliquanti and Michele Rosenthal, with original illustrations by Joey Camacho.

Ann Leckie in particular took to her personal blog to excitedly announce her involvement in the anthology, noting that her entry marks her first return to short fiction since becoming a novel writer.

Future Visions will be published on November 17th on all major eBook sites including Amazon, Barnes and Nobile, Books-A-Million, Google Play, iBooks, and Kobo. Very appropriate considering the topic matter.