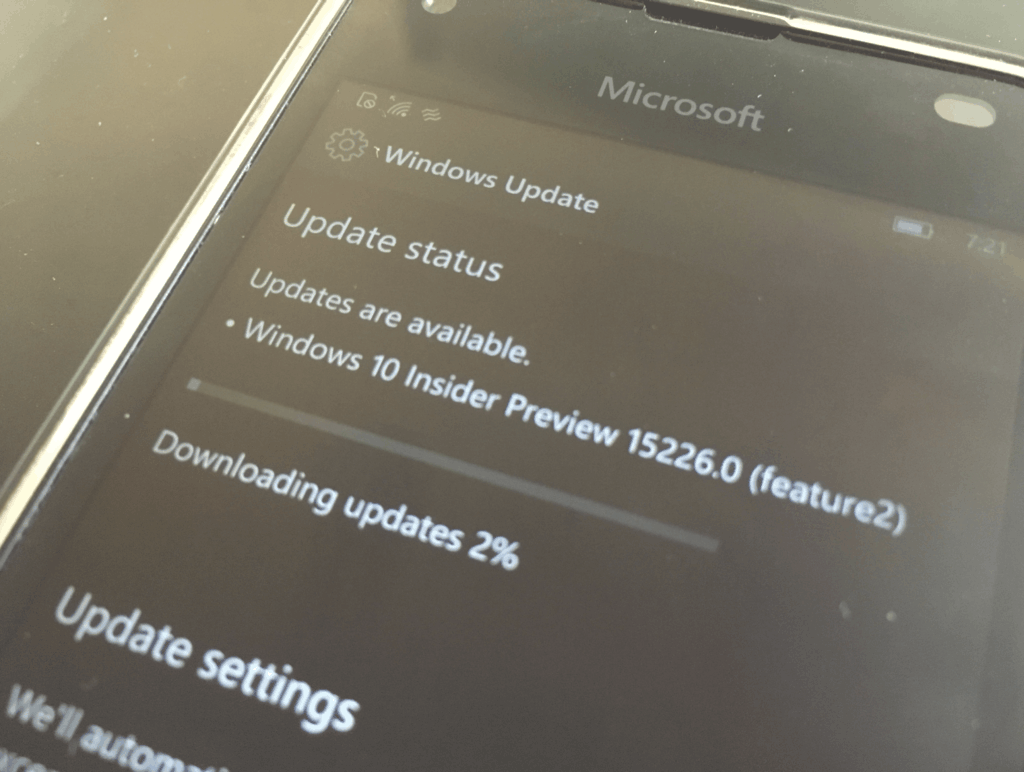 Microsoft is rolling out today the Windows 10 Mobile preview build 15226 to Windows Insiders in the Fast Ring, and this was a bit unexpected as Dona Sarkar didn’t tease it on Twitter earlier today. This is another mobile build from the “feature2” development branch, and as usual it only includes minor fixes and improvements. Here is the changelog:

Microsoft didn’t announce it today, but the mobile build 15223 is also rolling out to Slow Ring Insiders right now. This build was released on the Fast Ring two weeks ago, and we invite you to check our previous post to see the changelog. It remains to be seen if Microsoft could also release a new PC build today, as it’s quite unusual for Microsoft to release new PC and mobile builds separately. It’s now been two weeks since Microsoft released the PC build 16215, and we guess many Windows 10 users can’t wait to get a new preview build to play with.