Groove Music gets a little more Fluent for Fast Ring Windows 10 Insiders - OnMSFT.com Skip to content
We're hedging our bets! You can now follow OnMSFT.com on Mastadon or Tumblr! 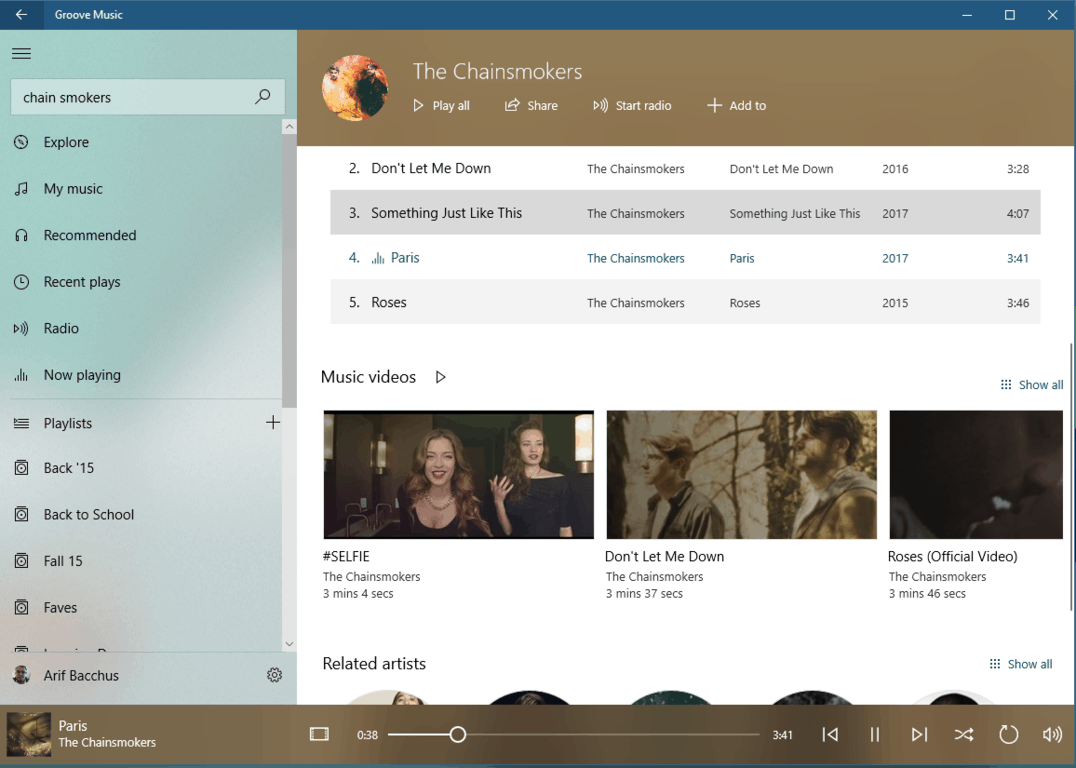 Since the Windows Insider team announced last month that Fast Ring would no longer get app updates for Windows 10 native apps, it has become a bit difficult to keep track of what's happening with all of Microsoft's Windows 10 apps. Over the past few weeks, it seems that all the good stuff went first to Insiders on the Release Preview Ring, including a very interesting update for the Photos app that is apparently rolling out to some of them.

However, Fast Ring Insiders who recently chose to "Skip Ahead" to pre-release Redstone 4 builds can once again receive app updates for Windows 10 stock apps. If you're a member of that cool crowd, you should receive today a new update for the Groove Music app which brings more Fluent Design touches to the already good-looking music player.

As you can see in the GIF below (the new version of the app is on the right), there is a new lighting effect when you hover your mouse above albums and playlists, and the size of the slightly transparent buttons has also been increased.

Additionally, a new "Visualizers" feature has reportedly popped up in the settings, but you can't use it yet. It's still unclear if Microsoft is planning to bring back the old Windows Media Player visualizers, or if this is something completely new. We'll have to wait for future updates to see what Microsoft has in the pipeline. As you may know, there is no "Skip Ahead" option on Windows 10 Mobile for now, so this update is only available on Windows 10 PCs. Let us know in the comments what do you think of this latest update.