Microsoft has just kicked off its Edge Web Summit in Seattle today, and the company already shared some interesting data about its new web browser. Two years after its launch on Windows 10, the browser is now being used on 330 million monthly active devices, though this doesn't mean that Edge is already a major success for the company.

Edge is still exclusive to Windows 10 PCs, phones, Xbox One consoles and Windows Mixed Reality headsets, and Microsoft revealed back at Build 2017 that there were 500 million Windows 10 active devices worldwide. But Edge being used on 330 million Windows 10 devices every month doesn't say much about how the browser is really used in the real world. As an example, if you only used Edge once this month to read an ebook from the Windows Store (and not browse the web), you'll still be considered as an active user by Microsoft.

According to the latest data from US web analytics firm Net Applications, the combined user share of Microsoft Edge and Internet Explorer fell to 21% last month, and it has lost almost a full percentage point each month so far this year. So if this 330 million active devices number sounds good, Microsoft Edge is still lagging far behind Google Chrome worldwide. 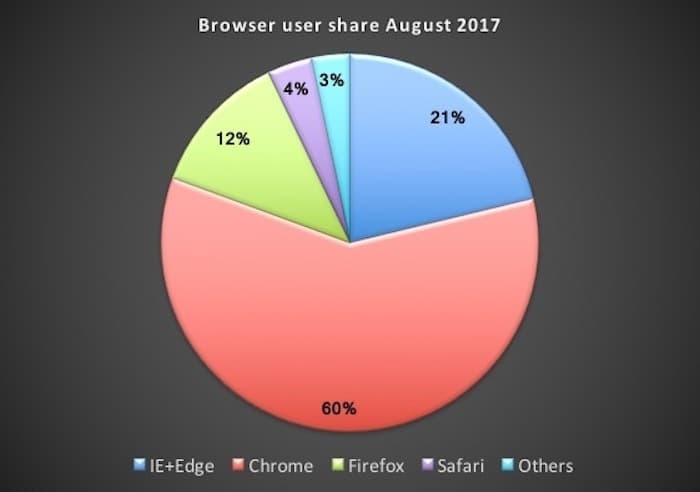 It's worth noting though that Edge is still being used more than Cortana, which had 141 million monthly active users back in May. The digital assistant is currently available on more platforms than Microsoft Edge, but keep in mind that it's only available in 13 markets as of today.