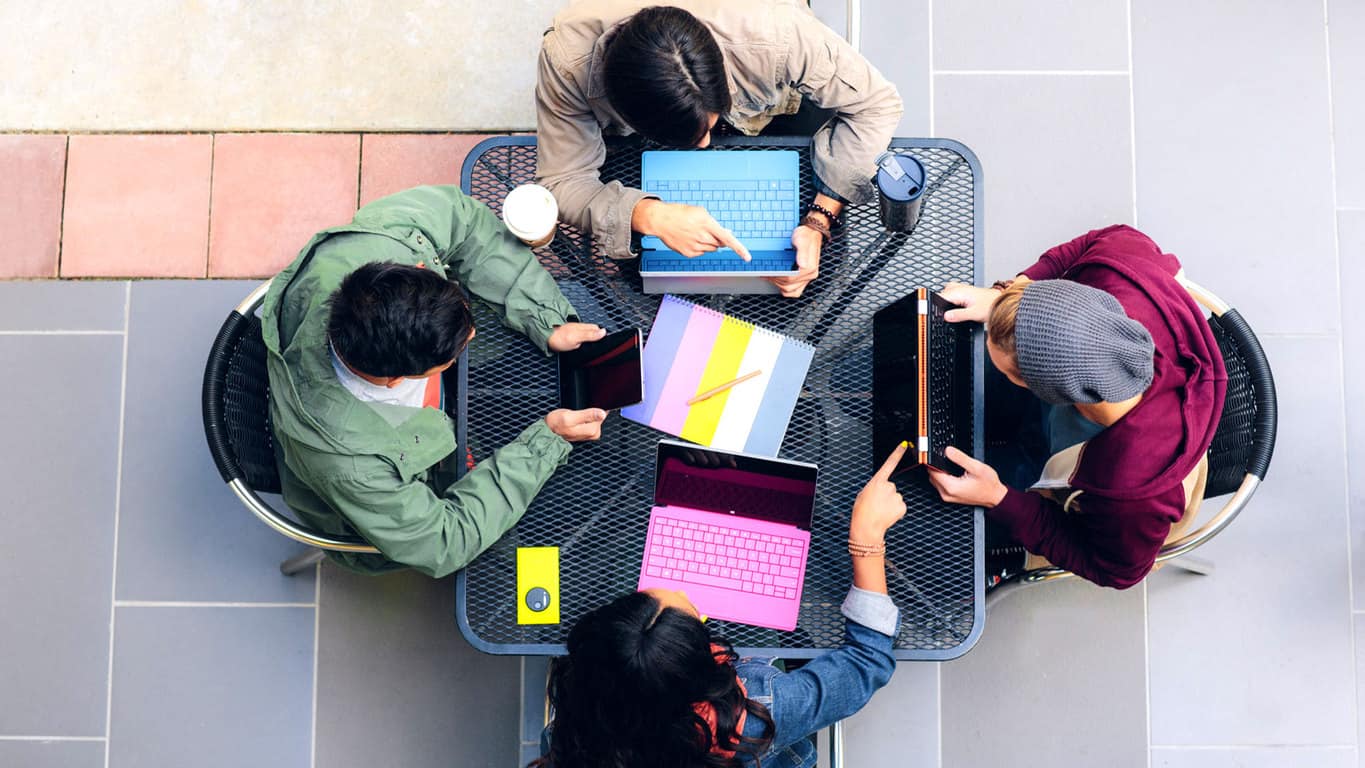 AdDuplex released today its latest Windows Device Statistics Report for the month of July 2017, which this time focuses on the pace of Windows 10 Creators Update rollout from different angles. As usual, the company's report is based on data from around 5,000 Windows Store apps running the AdDuplex SDK, so the sample is not a perfect representation of the 500 million Windows 10 monthly active devices worldwide.

First of all, AdDuplex shared that 50.1% of Windows 10 PCs from its sample are now running the Windows 10 Creators Update, which is a new milestone for the major update released in April. However, the cross-promotion network for Windows Store apps noted that compared to the Anniversary update rollout, the Creators Update is currently propagating at a slightly slower pace. "Even though AU was considered a slow rollout, after 3 months on the market 3/4 of all Windows 10 PCs were already running it," explained the company.

Looking at the Creators Update rollout by country, you can see that major markets are pretty much in the same situation. Close to 60% of Windows 10 PCs in Germany are already running the latest major version, and all other markets in the chart (except China) are between 40% and 60%.

AdDuplex also looked at the Creators Update propagation by PC OEMs, and Microsoft Microsoft is surprisingly not leading the way with its first-party Surface devices."MSI in in the 65% range probably due to more advanced gaming PCs, and as a result, more advanced users," explained AdDuplex. Looking clooser at the Creators Update rollout on Surface devices, you can see that the Surface Pro 3 is clearly lagging behind, with less than 18% of devices running the major update. "There must be some important compatibility issue there that still remains a mystery," presumed AdDuplex.

Lastly, the company shared new data on the Surface user base, noting that the new Surface Pro (2.4%) and Surface Laptops (0.6%) now had a "more modest growth curve" of just 0.2% this month, respectively. If this continues, it will take some time before the latest Surface Pro catches up to the Surface Pro 3 (24%) and the nearly two-years old Surface Pro 4 (40.8%). 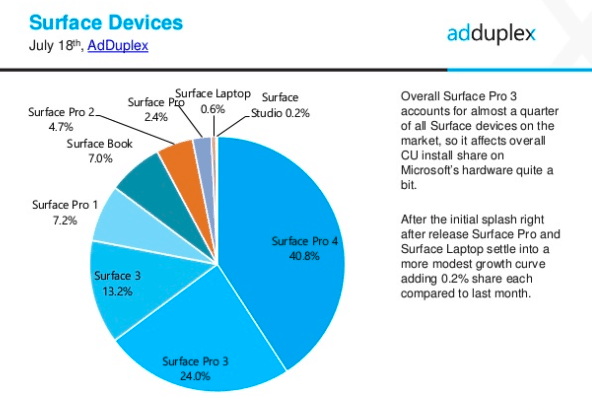 AdDuplex shared no new data about the Windows 10 Mobile user base this month, though we remind you that nearly 59% of Windows 10 Mobile handsets from the sample were already running the Creators Update in June. "Only a little over 60% are eligible to get Creators Update," predicted AdDuplex earlier this year, so we doubt this percentage is much higher as of today.