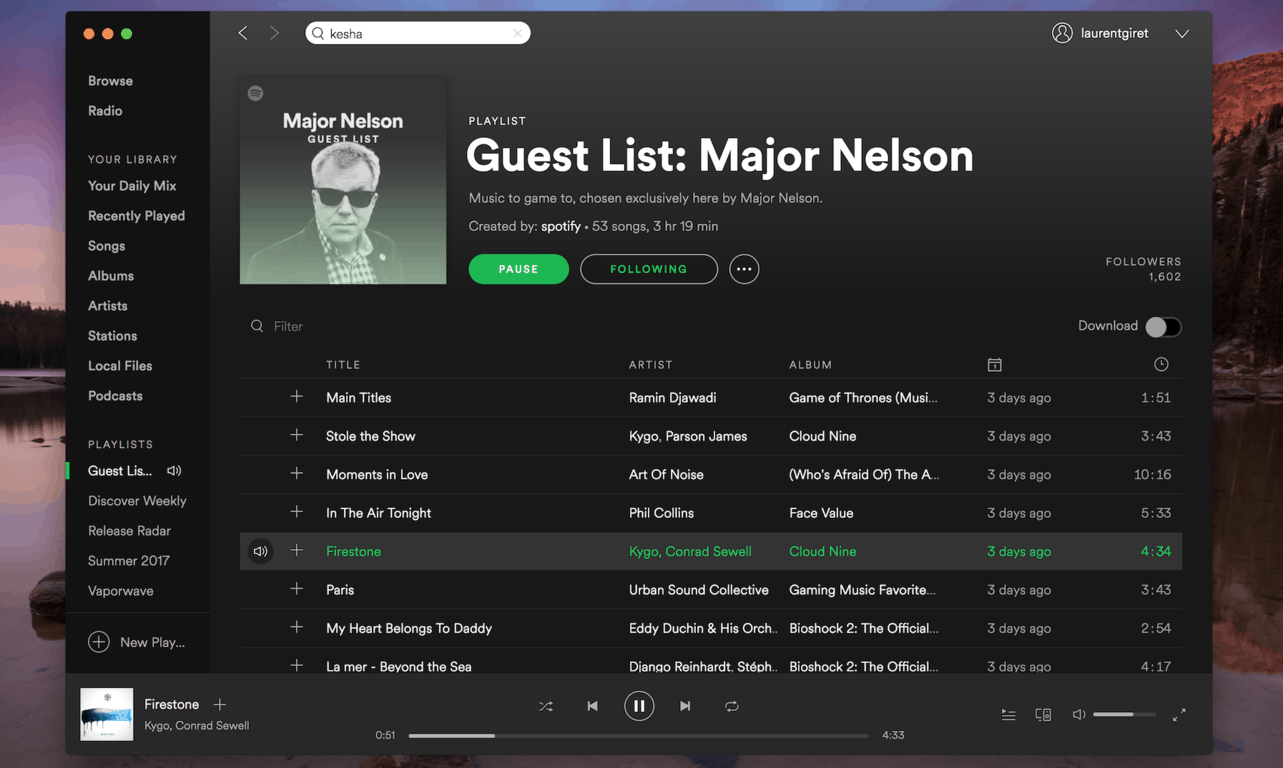 Earlier this week, the much-anticipated Spotify for Xbox One app finally launched on the Xbox Store, which was a pretty great milestone for the gaming console. While Spotify did not release the native UWP app that many would have like to see, Microsoft has been promoting the new Xbox One app pretty heavily these days. You may have seen the new app being prominently featured in the Xbox store, and even Xbox's Major Nelson shared his first public playlist this week:

For those unfamiliar with Spotify, the service has many social features including public playlists, collaborative playlists and more. That's why many brands and public figures are now creating public playlists (even Barack Obama did at some point), so the launch of the Xbox One was a good opportunity for one of Xbox's well-known ambassadors to step in.

Major Nelson's first public playlist kicks off with Game of Throne's popular opening theme music, and it includes some cool video game music from Gears of War 4, Mass Effect 3 as well as some modern and old-school pop music. The exec shared on Twitter that he will refresh the playlist at some point, and your suggestions are welcome. Additionally, he's also working to bring his podcast to the service, so you'll be able to listen to it on any device including your console.

I am working on getting my podcast on @Spotify so you can listen to it on your Xbox One as well.

This is all good news for Spotify users, but we can't avoid the elephant in the room here: yes, Spotify is currently much better than Microsoft's own Groove Music app, and the company seems well aware of it. Spotify has pretty much all the music you want (including video game music), a great collection of podcasts, and it's completely free to use (with ads). It's great to see that Microsoft is promoting it, but we can't help but wish that Groove Music received the same kind of support over the years.

Update: Major Nelson's podcast is now on Spotify, and you can subscribe here.