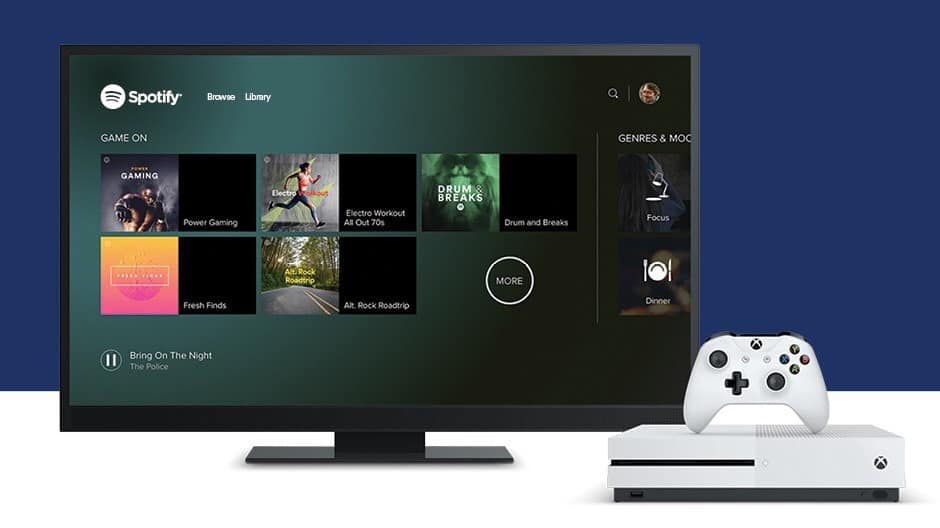 Since Spotify for Xbox One recently appeared on the Windows Store, it was clear that the popular music streaming service was getting ready to launch on our favorite game console. Well, you won't have to wait much longer to try it as Xbox Marketing Chief Aaron Greenberg just tweeted that the app will be available to download today.

We're still waiting for an official announcement on Xbox Wire, but the Spotify website has already been updated with a new dedicated page for the Xbox One app. According to all the screenshot we've seen so far, Spotify for Xbox One will be similar to the app already available on Playstation 4 and Android TV, and its Pivot UI is quite a throwback to the old "Metro" Windows 8 apps. And yes, the app will support Spotify Connect, letting you control music playback from the Spotify app on desktop, iOS and Android.

Unlike Microsoft's Groove Music app, which requires a Groove Music Pass subscription to access its million of songs and curated playlists, Spotify will be free to use on the Xbox One (though you'll need a subscription for an ad-free experience). We'll update this article once the app becomes available to download from the Xbox Store, sound off in the comments if you can't wait to try it on your console.

Update: the app is now live in 34 markets around the world, Spotify said on Xbox Wire.

Groove Music visualizer is reportedly coming to Windows 10 Mobile, too