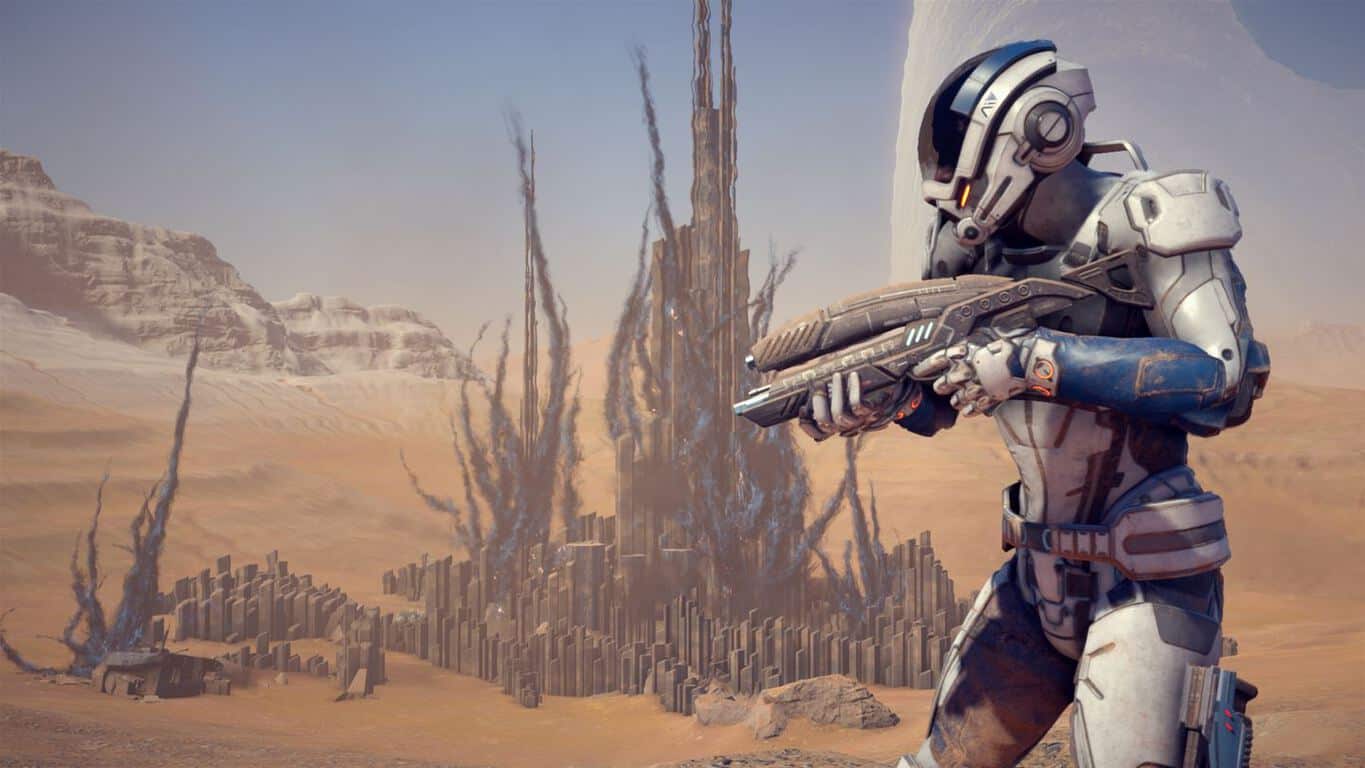 Trailers have been coming out of BioWare with an increasing frequency as we approach the release date for Mass Effect: Andromeda. On Friday, we ended up getting the first in a series of informative, non-story-related features that are designed to give us an idea for how the game plays. This entry in the series is focused around the weapons and skills that we'll be heading into Andromeda with.

Unlike the original trilogy, your guns and gear will fall into one of three categories: Milky Way (Projectile based), Remnant (Lasers), and Helius Cluster (Plasma based). Also unlike the original trilogy, you'll be getting access to an exceptionally wide array of abilities. Since the Pathfinder doesn't need to be defined by a class, you can fluidly create your own mix-n-match  class experience.

The create-a-class system that Mass Effect: Andromeda has going for it sets the stage for an exceptionally unique experience, and one that really lets you take the reigns for the next entry in the Mass Effect series. Keep an eye out for more entries in the combat spotlight series, which will go about explaining more regarding the class system and other aspects of Andromeda's combat.