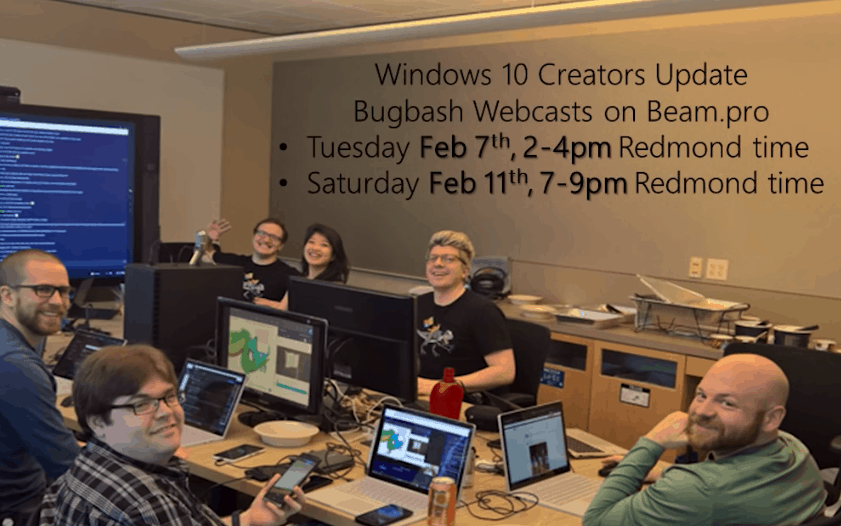 If you're a member of the Windows Insider program, you may know that this is much more than your classic beta testing program. The Windows Insider team is doing its best to engage with the community, and anyone can ask (constructive) questions to Dona Sarkar, Jason Howard or Brandon LeBlanc on Twitter.

This year, the Windows Insider Team also start to use Microsoft's Beam live streaming service, which was the place to go to follow the two Creators Update Bug Bashes back in February. The team will do it again this morning with a new webcast that will kick off at 9:30am PST:

In a separate tweet, Microsoft's Jason Howard said that today's webcast will feature himself, Jen Gentleman, Brandon LeBlanc and others. If you haven't done it yet, keep this tab open and get your questions ready for the team!

Hey there's a embed code, let's try it out 🙂