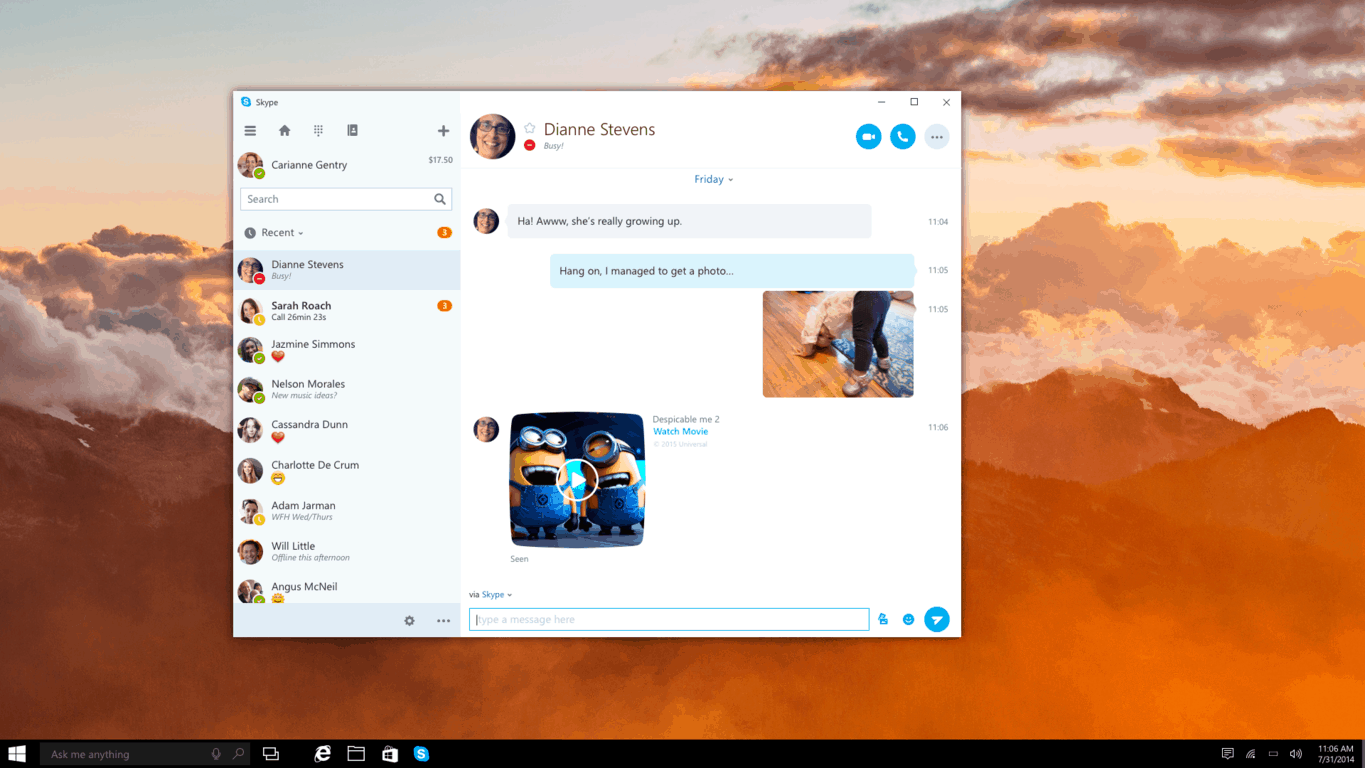 Last November, Skype released a consumer preview of Skype integration for Windows 10, offering separate apps for video, voice, and messaging. These task oriented apps tested well for mobile and smaller screens, but feedback from those apps has revealed that on larger screens, users are more interested in a single interface that takes up less screen real estate and consolidates functions into a single app.

With that in mind, Skype is introducing a new, fourth Universal App for Skype, that it's calling the "Skype Universal Windows Platform App Preview for Windows 10." This new app won't replace the current preview task focused apps, but will combine their functions, eliminating duplication and unnecessary menus, with a single global Settings menu in the initial release and context menus to come.

The app includes the following features:

The new app will work alongside the current task focused apps, and Stafford told us that Microsoft will continue to invest in those apps, as users prefer them for smaller screens. You can also still use the Skype for Windows desktop app, but Microsoft will be working in stages to streamline all Skype for Windows features into the new Universal App, as they gather feedback and monitor performance.

Windows 10 Mobile will be getting this new app as well, although the preview will first be released for Windows 10. At that point, you'll once again be able to use either the task-focused apps or the new all-in-one app on mobile, too.

There's a FAQ for the new app, so check it out and let us know what you think about this latest Skype app.

Poll: How old is your main PC?

Some Blu Windows phones upgradeable to Windows 10 Mobile after all