Satya Nadella addresses Nokia acquisition in "Hit Refresh," says it was "too late to regain ground we had lost" - OnMSFT.com Skip to content
We're hedging our bets! You can now follow OnMSFT.com on Mastadon or Tumblr! 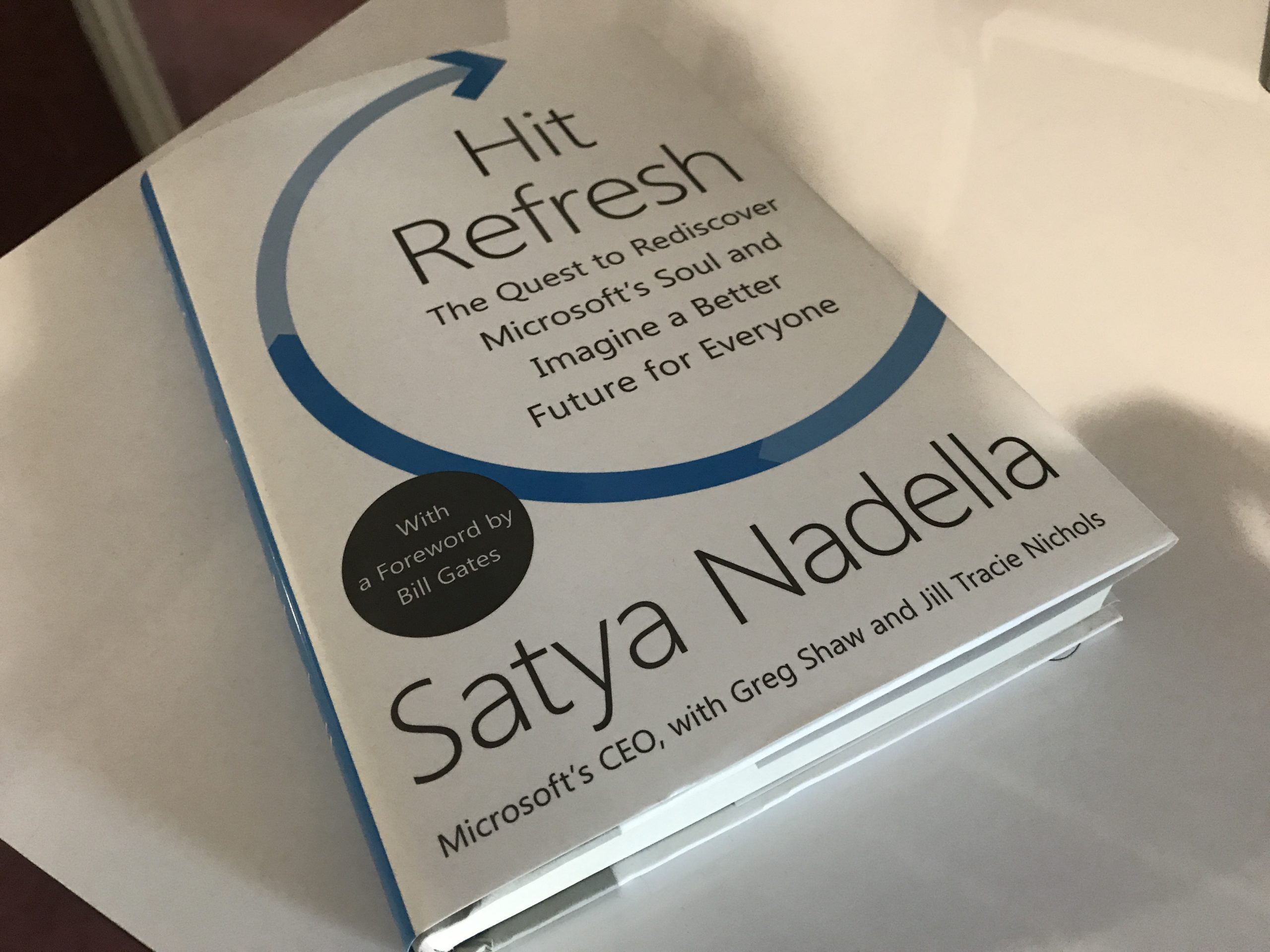 We just received a copy of Satya Nadella's book "Hit Refresh," and of course we wanted to know if Microsoft CEO addressed the elephant in the room. That is, Microsoft's confusing mobile strategy that led to Windows Phone dropping to 1% of smartphone market share worldwide. Fortunately, Nadella doesn't shy away from the subject in his book, and he specifically mentions the story behind Microsoft's acquisition of Nokia. The CEO details how he voted no on the deal, and that once it went through, it was happening at a time when it was too late for Microsoft to regain the ground they had already lost.

To introduce the topic (on pages 71-73 of the hard cover print version of the book,) the CEO mentions the way that Android undercut Windows. "Google, with its free Android operating system found a way to undercut Windows, something we did not react quickly enough," writes Nadella. He later continues with the painfully hard truth. "Looking back, the Nokia deal announced in September 2013, five months before I became CEO, became another painful example of this loss."

Interestingly, Nadella does praise the Nokia deal a small bit, writing about it helping Microsoft in achieving "double-digit market share in some European markets." He even reasons with why Microsoft was interested in Nokia in the first place, highlighting it could have been the move that Windows needed to catch up with iOS and Android in Mobile. "The hope behind the [Nokia] acquisition was that combining the engineering and design teams at Nokia with software development at Microsoft would accelerate our growth with Windows Phone," he explained.

Even with this small bit of praise, Nadella revealed that he voted no when Steve Ballmer asked members on his leadership team to vote thumbs-up or thumbs-down on the deal. "I voted no. While I respected Steve and understood the logic of growing our market share to build a credible third ecosystem, I did not get why the world needed the third ecosystem in phones, unless we changed the rule," writes Nadella. "A few months after I became CEO, the Nokia deal closed, and our teams worked hard to relaunch Windows  Phone. But it was too late to regain the ground we had lost. We were chasing our competitor's taillights," he added.

As we all know, this saga came to an end when Microsoft wrote off its Nokia acquisition, cutting 18,000 jobs and ultimately causing the company to exit the smartphone business. This hit Nadella specifically hard. "It was heartbreaking to know that so many talented people who have so much of themselves to their would work lose their jobs," the exec shared.

Overall, the failed Nokia acquisition helped Nadella learn some very important and painful lessons. As the CEO remarked, Windows Phone wasn't differentiated enough from iOS and Android, even with its Live Tiles and other cool ideas. "What we needed most was a fresh and distinctive approach to mobile computing," wrote Nadella. "Where we went wrong was failing to recognize our great strengths were already part of the soul of our company, inventing new hardware for Windows, making computing more personal, and making out cloud services work across any device and platform. We should only be in the phone business when we have something that is really differentiated," he explained.

If one can put the puzzle pieces together, these above quotes, and the entire way Nadella tells the story of Microsoft and Nokia, there could possibly be a small hint at the long rumored "Surface Phone." For now though, Windows Phone fans will need to keep reading between the lines and keep hopes high for Microsoft hitting refresh on its mobile division. Otherwise, Microsoft seems to be fine with selling Microsoft versions or popular Android phones such as the Samsung Galaxy S8. Microsoft co-founder Bill Gates seems to already have moved on, and is now using an Android phone with "lots of Microsoft software."