Microsoft has just announced Ronda Rousey as the next celebrity to take part in Mixer's Xbox Live Sessions. Rousey is a mixed martial artist, model, and actress, and will be playing Assassin's Creed: Origins on Thursday, October 26 at 6 p.m. PT.

As always, those who tune-in to the livestream on Mixer will have chances to submit questions to Rousey, as well as win prizes. She will be joined by Microsoft Studios Community Manager Rukari Austin who will be hosting this episode of Xbox Live Sessions.  Ronda Rousey remarked on having a chance to play Assassins Creed: Origins in the Xbox Live Sessions:

“I’m always up for a physical and mental challenge, so I was pumped when I was asked to join Xbox Live Sessions to see the power behind the new Xbox One X and play one of the most anticipated video game a day before its release, for all my fans to tune in and watch... I have always enjoyed playing games and am definitely impressed by the storyline and visuals of Assassin’s Creed Origins.”

Assassin’s Creed: Origins launches on October 27, 2017. The game is the tenth major installment to the Assassin's Creed Series and is set in in Ancient Egypt during the Ptolemaic period. You can learn more about the game by visiting the link below and catch up on previous Xbox Live Sessions by checking out our previous coverage. 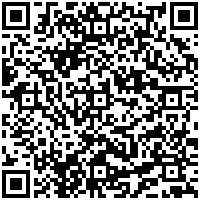 Windows 10 Mobile to be supported through December 2019 at least