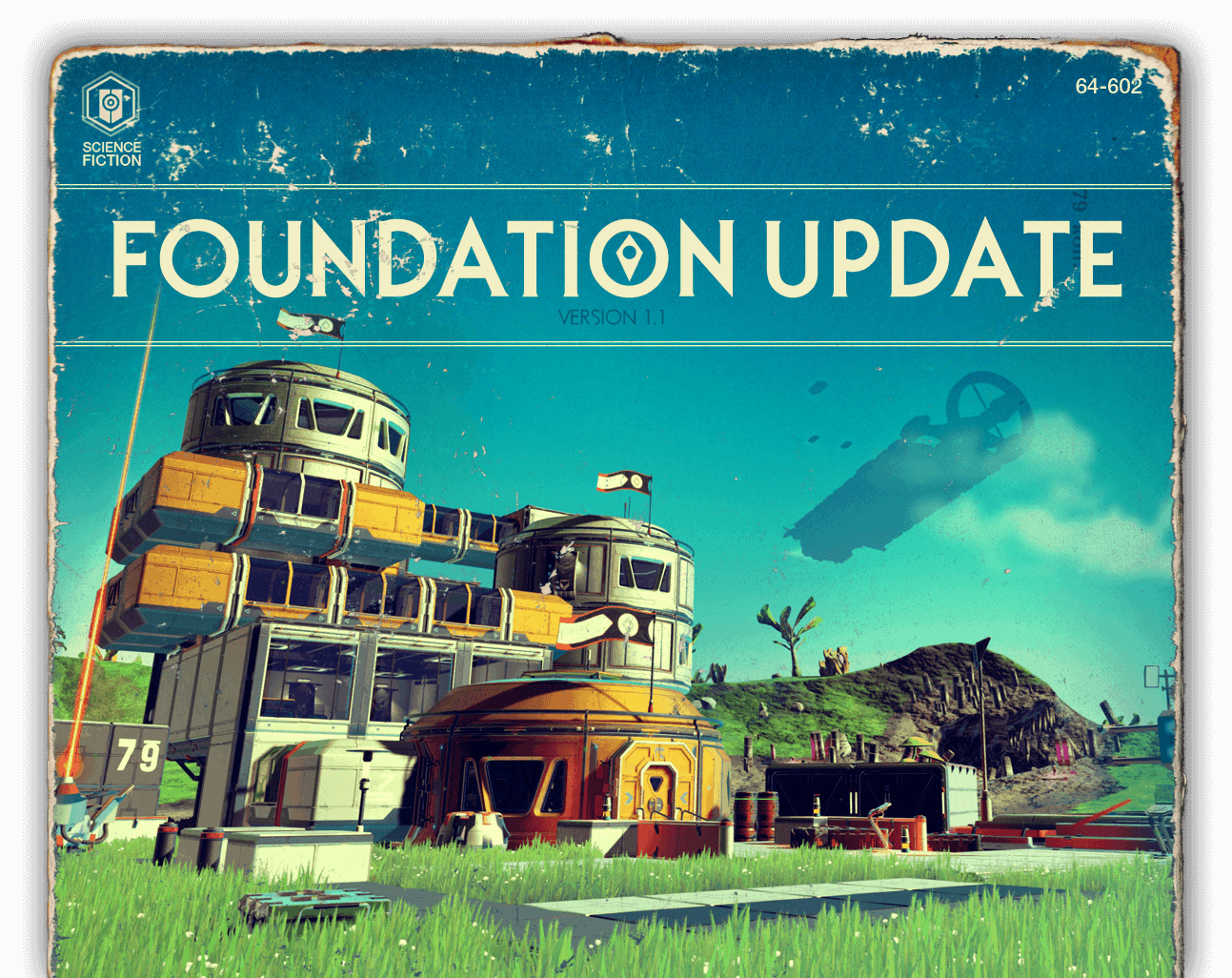 Hello Games made good on their promise to release the No Man's Sky Foundation Update within the week. Over the weekend, the patch went life for PC and Playstation 4 with a list of contents that was much bigger than initially expected.

For those catching up, the game's announcement last Friday was the first time the developing team at Hello Games had spoken about No Man's Sky for months. A controversy surrounding its release had left many players scorned, and the silence certainly didn't help. After the bug fixes released on September 24th, No Man's Sky fell stagnant. That is, until the Foundation Update.

Hello Games promised that the Foundation Updated wouldn't be the "biggest update, but it is the start of something." But for not being 'big', the patch has certainly delivered more than what we expected. Here are just the highlights:

The user interface was also improved with a Quick Access Menu, added stacking per inventory slot, and better indicator signs over all. Furthermore, new Temporal AntiAliasing and Movement Blur have been added to the game for a smoother gameplay experience. And that's just what's laid out in front of the player. Under the hood, the game underwent a major overhaul in regards to terrain and creature generation including the addition of barren planets without fauna and life. A comprehensive list of the full patch notes has been compiled by Reddit user tizorres.

Still, the amount of content can be staggering. Thankfully, Hello Games also provided an updated rundown of the game's newest features.

The game's developing team has undergone a lot of criticism for their silence before the update. Even Sean Murray, a creator of No Man's Sky, offered his sentiments on exactly how much the update meant to him and the team.

"If you could have lived our lives over the last months, you'd know how meaningful this is," he stated on Twitter with a link to the Update 1.1 blog post.

Afterward, he noted that the team hadn't been comfortable sharing information about the update until they were one hundred percent confident in its release.

Hello Games promises many more updates to come in the future for No Man's Sky. One player named eggandj on Reddit dove deep into the game's files and revealed what might be content to come: a buggy. Supporting evidence shows that the land vehicle already has tire tracks textures and a 3D model that has now been uploaded as a 'land vehicle test' mod for public consumption.

Unfortunately, the players can't ride the buggy just yet and will have to make due with the current sprint/jetpack land transportation.

While some remain skeptical, others have agreed that the Foundation Update is a step in the right direction for No Man's Sky. One thing is sure; this patch has indeed shot for the moon to repair Hello Game's reputation. But did it succeed? Let us know what you think in the comments below.

SwiftKey for Android gets an update, adds in new features to Hub