Night Light is not on the roadmap for Windows 10 Mobile, says Microsoft - OnMSFT.com Skip to content
We're hedging our bets! You can now follow OnMSFT.com on Mastadon or Tumblr! 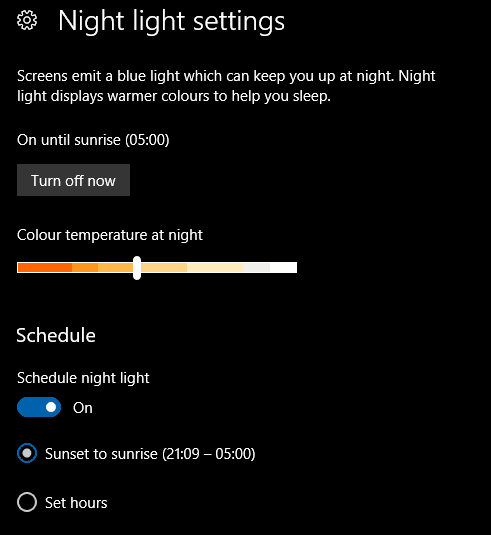 There's a distinct lack of positive news for Windows 10 Mobile today, as we discovered that Microsoft's current phone platform will be staying on the feature2 branch, and is essentially not set to receive any major new features, at least in its current form.

Now, the Windows Insider team in their monthly webcast (via Neowin) have said that the Night Light feature, which is found on Windows 10 PCs and acts to reduce blue light being emitted from the display of a Windows 10 device, is not on the roadmap for Windows 10 Mobile.

This means that those on Windows 10 Mobile will still be stuck with having to deal with harmful blue light, which has been found to cause eye defects.

Windows 10 Mobile will be staying on the feature2 branch, according to Microsoft's Windows Insider team

Microsoft's Imagine Cup is coming up on July 27, here is what you need to know